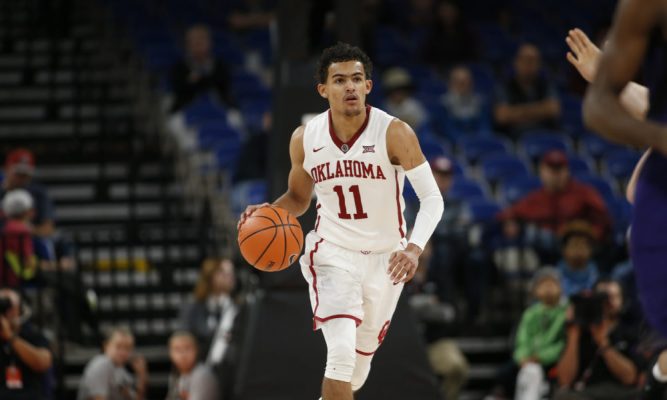 With the 2018 NBA Draft just over 48 hours away, the players that the teams at the top of the draft have zeroed in on have begun to become quite clear.

While a recent report indicated that the Cleveland Cavaliers are interested in drafting Michael Porter Jr. with the eighth overall pick, it was Trae Young who reportedly took part in a workout with the Cavs this past Saturday.

Young may not only be a target for the Cavs because of his gifts as a long-range shooter, but also because LeBron James has seemingly been a fan of his for quite some time. The four-time MVP posted a picture with Young to his Instagram back in late 2017.

There are a lot of reasons to be a fan of the 6-foot-2 guard. In one season with the Oklahoma Sooners, Young averaged 27.4 points, 8.7 assists, and 3.9 rebounds per game. He also shot 42.2 percent from the field and 36.0 percent from beyond the arc.

Still, there are questions about his athleticism and whether or not his style of play will translate to the NBA.

It appears the Cavaliers have their ideal targets if they end up hanging onto their first-round pick. The other option is for Cleveland to trade the valuable pick in an attempt to bring an established star to Northeast Ohio.

Whatever they ultimately plan to do, it’s sure to be an exciting 48 hours from now to the draft.

Report: Kevin Love did everything but rent out a billboard saying John Beilein sucks

The brief 54-game tenure of John Beilein as head coach of the Cleveland Cavaliers was likely doomed from the...