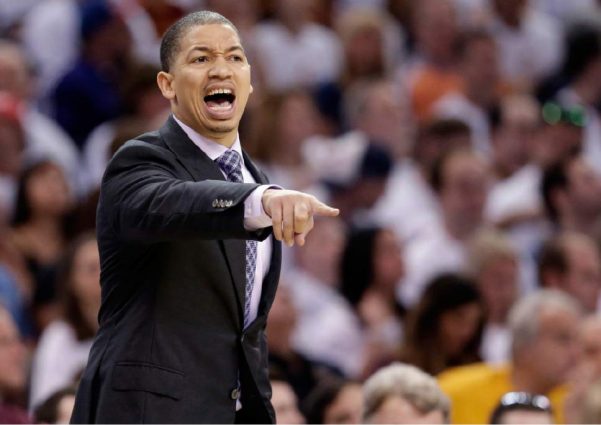 A delay in the re-negotiation of Cleveland Cavaliers head coach Tyronn Lue’s contract has resulted in a quirky situation in which most of the team’s assistant coaches are currently working without contracts of their own.

Cleveland general manager David Griffin and Lue’s agent are currently in the second week of negotiating a new deal. However, Chris Haynes of Cleveland.com noted that the contracts of Jim Boylan, Phil Handy, James Posey and Vitaly Potapenko all expired on July 1. All of them have already been told by Lue that they’ll be returning next season.

The only two assistants currently under contract for next season are Larry Drew, whose option for next season has already been picked up, and Mike Longabardi, who joined the team on a multi-year deal in January.

Damon Jones, who was elevated to an assistant role when this past season’s playoffs began, will remain in that capacity. He helps fill in the hole left by the departure of Bret Brielmaier, who joined the Brooklyn Nets.

Handy is currently serving as head coach of the Cavaliers’ Las Vegas summer league team, with Posey, Jones and Potapenko serving as his assistants.

Lue’s contract when he signed on as David Blatt’s assistant two years ago was a four-year, $6.5 million deal. When he was named head coach on January 22, the Cavs offered him a three-year, $9.5 million agreement, which he turned down.

While Griffin wouldn’t comment on the situation, Lue doesn’t seem to be concerned about an extended delay in getting a new deal worked out.

“That’s something that I’m not concerned with,” Lue said. “It’ll eventually get done. I’ll let them (his agent and the Cavs) handle that.”