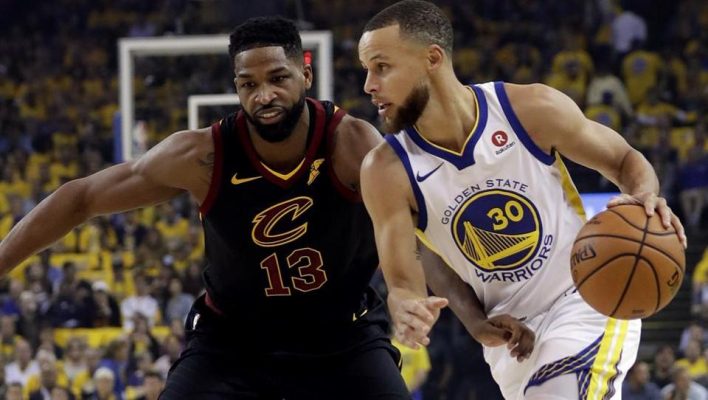 Game 2 of the NBA Finals got ugly for the Cleveland Cavaliers as they fell to the Golden State Warriors by a score of 122-103 on Sunday night.

Leading the way for the Warriors was point guard Stephen Curry, who finished his night with 33 points, eight assists, and a record-breaking nine 3-pointers.

After the game, starting center Tristan Thompson was asked if the Cavs felt “helpless” at all when trying to defend Curry. That’s when he dropped this bomb:

Tristan Thompson was asked if the Cavs feel helpless at times trying to guard Steph Curry. He dropped a string of curse words in disagreement and ended his interview.

Also said: "I'm over this ref sh*t" when asked about officiating

Thompson finished his night with 11 points and five rebounds, but Cleveland’s biggest issues on Sunday were on the defensive end. The Warriors ran a number of slip screens and actions where the Cavs’ bigs were forced to switch out onto the Warriors’ guards for most of the night.

The Cavs currently find themselves in an 0-2 hole and if they want any chance at tying this series back up at home, they’re going to have to look at film and give a better effort on the defensive end come Wednesday for Game 3.