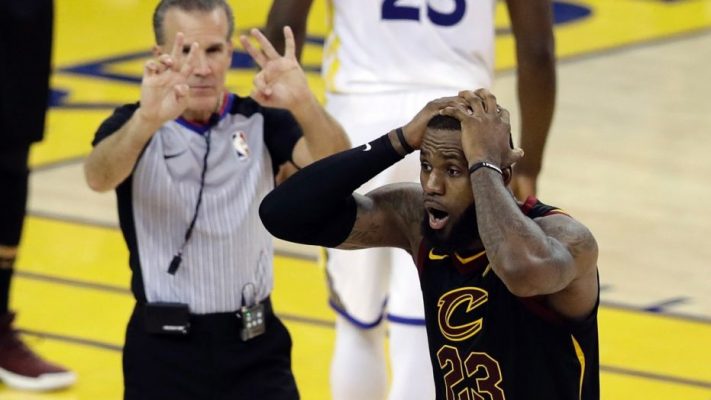 The final two minutes Game 1 of the NBA Finals on Thursday night had several controversial moments that ultimately decided the outcome. Luckily, because the score of the game was within three points during that time, fans knew they could expect a Last Two Minute Report on the game.

After hours of waiting, the Last Two Minute Report was released on Friday afternoon and helped to make sense of all that had taken place.

The clear highlight of the report commented on the highly controversial overturned call which took place with just 36.4 seconds left in the game. While many felt the referees were wrong to overturn a charging foul on Kevin Durant and turn it into a blocking foul on LeBron James, the L2M report agreed with the game’s refs, saying the right call was made:

“The crew was not reasonably certain whether James (CLE) was in the restricted area after an offensive foul was called against Durant (GSW),” the report read. “Upon replay review, it was confirmed that James was outside the restricted area. The referees also reviewed whether James was in a legal guarding position, which is an additional reviewable matter for this replay trigger. Replay showed James was not in a legal guarding position because he was turning his body and moving into Durant when contact occurred. Thus the initial call on the floor was overturned and James was assessed a blocking foul.”

Interestingly, that wasn’t the only questionable moment for the game’s officials in the final moments of the matchup. Included on the L2M report was a note about George Hill‘s free-throw attempts with 4.7 seconds left in the game. Hill could have given the Cleveland Cavaliers a one-point lead, but managed to make just one of two shots.

According to the report, Hill should have been awarded another attempt at the line because of a lane violation by Draymond Green that went uncalled:

“[Incidental or immaterial] Green (GSW) steps into the lane prior to the release of the free throw attempt.”

Regardless of the information within the report, it was already clear to Cavs fans that they let an incredible opportunity at stealing Game 1 fall through their fingertips. Hopefully both the Cavs and the league’s officials will have a stronger performance in Game 2 on Sunday night.