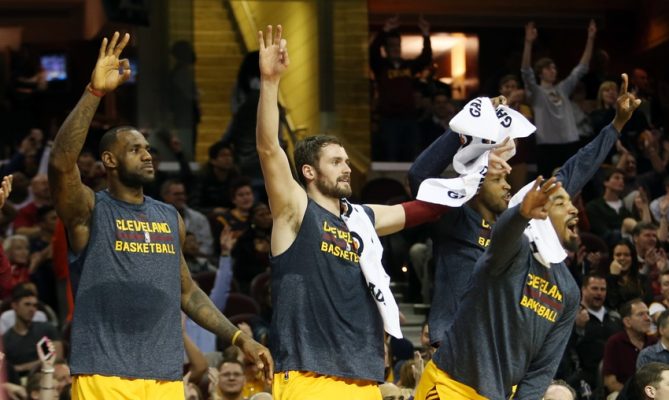 After Kyrie Irving was traded by the Cleveland Cavaliers to the Boston Celtics, the door was open for their third-best player to show that he’s still one of the best power forwards in the game. Unfortunately, Kevin Love has not been the same player that he was with the Minnesota Timberwolves.

Despite averaging 17.6 points and 9.3 rebounds per game, Love has been very inconsistent throughout the season. Even his selection as an All-Star this year was mostly due to the fact that there are not that many good players in the East. Love has been exposed even more in the playoffs as he is shooting just 38.8 percent from the floor overall and scoring only 13.9 points per contest.

According to Basketball Insiders’ Steve Kyler, if the Cavs were to offer the nine-year veteran in a trade in the offseason, they won’t be able to get much value for him.

I can only tell you what I am told by teams when I mention him. The Cavs won't get value for Kevin Love. They could get different, but to think of Love as the centerpiece of an upgrade trade would be mistaken. https://t.co/W7GgliC95Q

What’s even worse for the Cavaliers is that even his other teammates with huge contracts, J.R. Smith and Tristan Thompson, are not generating any interest from other teams as well.

I have had this conversation – there is virtually no trade interest in Love, JR or Tristan – at least nothing that makes the Cavaliers better. https://t.co/sj6jsQwvDp

If the Cavs want to get another All-Star who can support LeBron James (if he stays with the team next season), they will have to do a fire sale of their players to at least free up cap space to sign one. That will be a herculean task for general manager Koby Altman, who will have his work cut out for him in the summer.