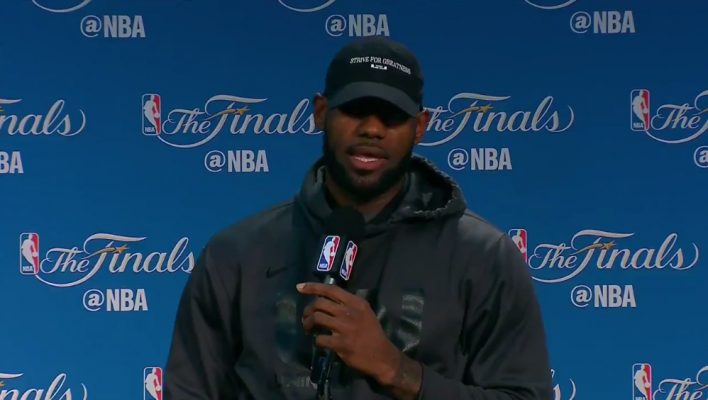 The struggles faced by the Cleveland Cavaliers in playing at Oracle Arena this season are evident from the fact that they’ve suffered double-digit losses in each contest, including two in the Finals against the Golden State Warriors. LeBron James acknowledged during Sunday’s media session that the Cavs have little to no margin for error in Monday night’s Game 5.

LeBron James: "We have to be 20 times better in this building (Oracle) and we understand that." #NBAFinals pic.twitter.com/TxAxxgNuOA

One area that improved markedly for the Cavaliers during Friday night’s Game 4 win was their ability to connect on 3-pointers. In the three losses that began the series, they only managed a total of 31 long-range bombs, but in their victory, they set a new NBA Finals record with 24 on the night.

Other factors also need to be addressed, including the slow starts by the Cavs to the second half in each of the first two games. Those turned relatively tight contests into easy victories for the Warriors. By the same token, playing better defense in the first quarter would offer the Cavaliers their best shot at getting off to the good start they had in Game 4.