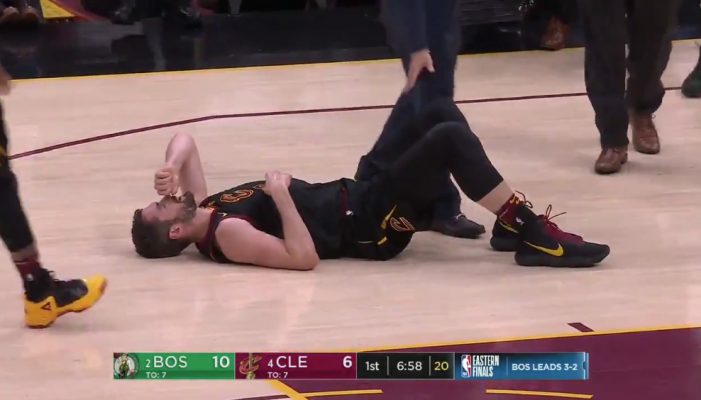 The Cleveland Cavaliers are fighting for their playoff lives in Game 6 against the Boston Celtics. To get the win, they’re going to need all the help they can get, especially after Kevin Love left the game in the first quarter after a nasty on-court collision.

Love collided with Celtics rookie Jayson Tatum. Moments later, Love fell to the court in pain. He was taken to the Cavs’ locker room shortly after.

Kevin Love went off to the locker room after knocking heads with Jayson Tatum pic.twitter.com/HYd59F3VSo

Hopefully Love is able to return to the game despite the injury. The Cavs have been desperate for his production throughout the series and would need other role players to step up in a big way if the All-Star forward is unable to play.

Either way, the Cavs will have to get the win if they want to continue their 2017-18 season. If they lose, they’ll be watching the NBA Finals from home for the first time in four seasons.