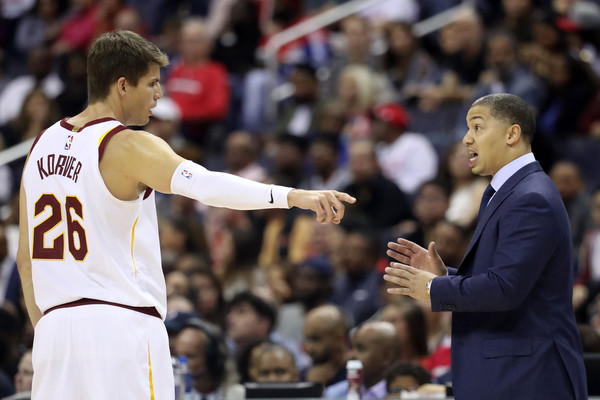 During his postgame press conference, Cleveland Cavaliers head coach Tyronn Lue attempted to interpret how the Cavaliers lost Game 5 of the Eastern Conference finals to the Boston Celtics by a score of 96-83. When asked why veteran Kyle Korver was limited to just 18 minutes in the game, Lue’s reasoning opened him up to potential criticism over the next few days.

Ty Lue said the Celtics “threw (the Cavs) for a loop” by declining to play Ojeleye. That’s why Korver didn’t play as many minutes. That was his matchup.

That Celtics player, Semi Ojeleye, was held out, even though his impact over the course of the series has been minimal. Given the stakes of such a pivotal game, it seems inconceivable that Lue wouldn’t have taken all lineup possibilities into consideration during the preparation phase.

Korver was unable to provide much offense during his reduced stint on the court. He finished with seven points and one assist on 2-of-6 from the field.

The Cavaliers will now seek to avoid elimination on Friday night, when they host the Celtics in Game 6. A win sends them back to Boston for Sunday’s Game 7, while a loss brings their season to an end.