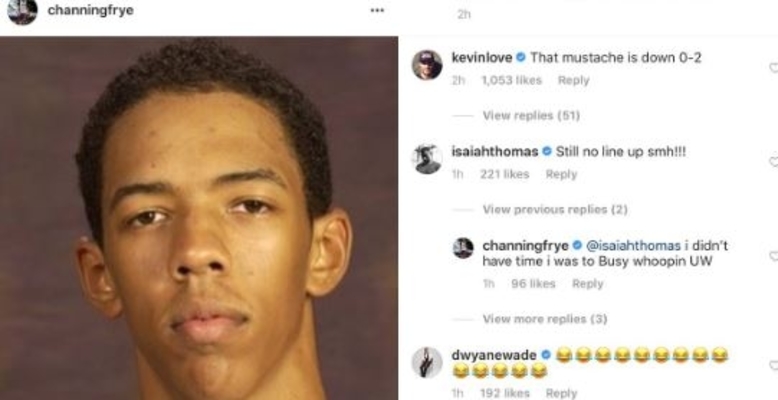 Throughout his tenure with the Cleveland Cavaliers, Channing Frye has been known for his great sense of humor and hilarious social media posts.

On Thursday, Frye proved that he’s still one of the best comedic minds the NBA has to offer when he posted a cringeworthy selfie to honor both his birthday and the throwback Thursday Instagram tradition.

It wasn’t long before current and former teammates alike took to the post’s comments section to roast Frye’s hilarious pic.

It is interesting to note Kevin Love‘s comment on the photograph. He is clearly referencing the current predicament the Cavs are facing in the Eastern Conference Finals. While it may seem unbecoming for Love to joke about being down 0-2 in the series with the Boston Celtics, it’s good to see that he is staying loose leading up to Saturday’s Game 3.

Frye is certainly in the twilight of his NBA career, but as this post indicates he is more than ready for a successful career in comedy.