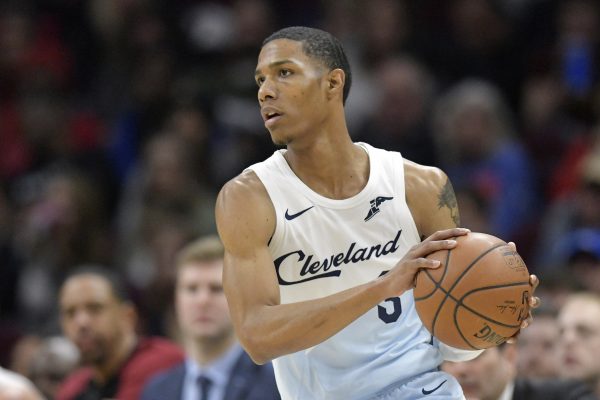 When the Cleveland Cavaliers released guard Patrick McCaw soon after signing him to a non-guaranteed contract, the move raised some eyebrows. Some of those eyebrows apparently belonged to members of the Golden State Warriors and NBA, which will be looking into the circumstances of the move.

The NBA will launch a formal review into Cleveland’s signing and near-immediate release of restricted free agent Patrick McCaw at the request of Golden State, @NYTSports has learned

McCaw spent parts of his first two years of his NBA career with the Warriors, but was not re-signed during the offseason as a restricted free agent. The Cavaliers signed him on Dec. 30 to a two-year, $6 million non-guaranteed deal, with the Warriors choosing not to match those terms.

However, after playing in just three games for the Cavaliers, McCaw was released after averaging 1.7 points, 1.0 rebounds and 0.7 assists.

The NBA will no doubt be looking into questions connected to whether or not the Cavaliers will now attempt to re-sign McCaw to a lesser contract now that he’s an unrestricted free agent. Other teams are also reportedly interested in signing him, having deferred before when he was restricted. Their likely assumption was that the Warriors would match their offer.

The 23-year-old McCaw was originally selected by the Milwaukee Bucks with the 38th overall selection of the 2016 NBA Draft. He was sent that same night to the Warriors and in his two seasons, averaged 4.0 points, 1.4 rebounds and 1.2 assists.