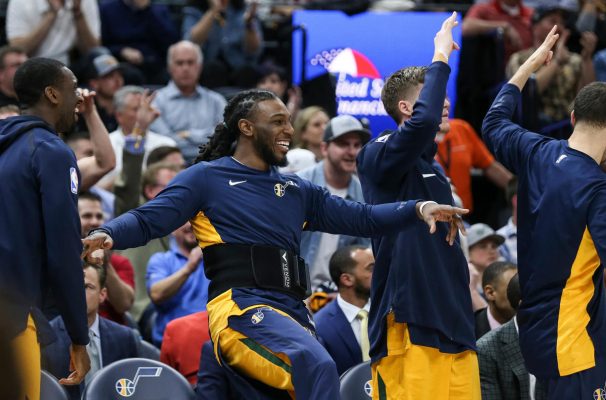 The news that Cleveland Cavaliers guard Rodney Hood refused to enter Monday night’s Game 4 clouded some of the euphoria over the Cavaliers sweeping the conference semifinal series over the top-seeded team in the Eastern Conference. However, when it came to the reactions from members of Hood’s former team, the Utah Jazz, the news was quite possibly seen in a more amusing vein.

Let's just say some Jazz got a few chuckles out of this situation. https://t.co/bRpVBxBHsH

Hood’s dramatic refusal was most likely connected to the drop in his playing time, with rookie Cedi Osman taking his place in coming off the bench for Cleveland. Acquired from Utah on Feb. 8 as part of the three-way deal that also brought point guard George Hill to the Cavs, Hood has struggled over the past two months after sustaining a back injury.

During his time with the Jazz, Hood’s inconsistent play and injuries limited his ability to grow as a player. In addition, he reportedly was reluctant to stick with the team’s game plan, favoring instead to play a more individual game.

When the season ends, Hood will become a restricted free agent after having played four seasons in the NBA. That means that the Cavaliers will be able to bring him back, even if he signs an offer sheet with another team. Still, Hood’s behavior may cause the Cavs to simply let him move on, which of course assumes that teams seeking his talents can look past those issues.