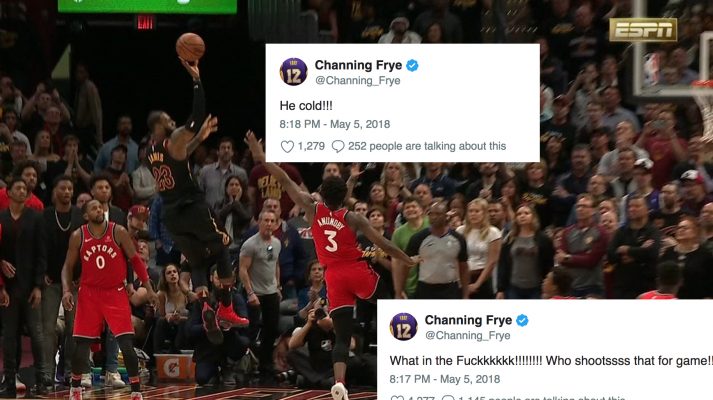 Even though Channing Frye stopped being a member of Cleveland Cavaliers back in February after being traded away, it’s obvious that the bond he shared during his two years with his teammates is strong. After LeBron James hit his game-winning shot on Saturday night to defeat the Toronto Raptors in Game 3 of the Eastern Conference semifinals, Frye offered a pair of tweets to describe his opinion of James’ clutch shot.

Frye joined the Cavaliers after being traded from the Orlando Magic in February 2016 and later that season became part of the iconic squad that won the franchise’s first title. Over that period of time, Frye had a close-up view of James’ ability, with his social media responses after Saturday night’s game managing to show insight into James’ mindset and amazement at his confidence. On Feb. 8 of this year, he was dealt to the Los Angeles Lakers along with former Cavs point guard Isaiah Thomas.