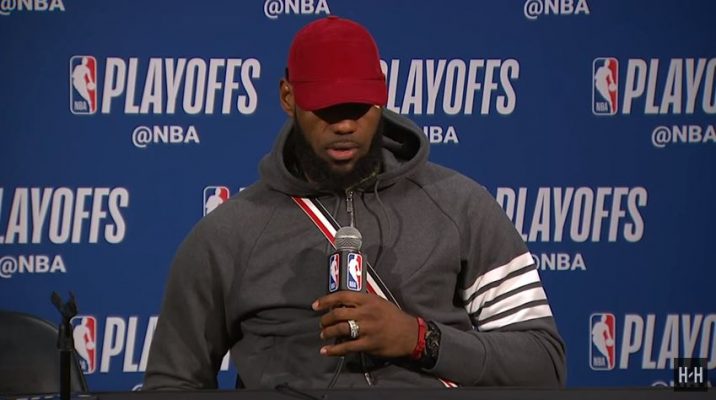 The Cleveland Cavaliers have their backs against the wall after the Indiana Pacers gave them a 121-87 beating in Game 6 of their playoff series at Bankers Life Fieldhouse. The Pacers may have done plenty of damage to the Cavaliers’ psyche heading into Game 7 with the 34-point beating they administered.

The Cavs suffered their worst loss of this postseason and, according to ESPN Stats & Info, this was LeBron James’ third worst career playoff loss.

When asked what happened in the first five minutes of the third quarter that led to the lead ballooning from 10 to 20 points, the four-time MVP gave the media a simple answer.

“They just took it to us, they made shots, we missed shots, we didn’t counter,” James said. “What they were doing defensively or offensively, it just turned the game wide open.”

The Pacers have been taking it to them since the series began, casting doubts in the minds of Cavaliers fans that James can once again weave his magic and bring them back to the Promised Land.

The Cavs need to find a way to stop Victor Oladipo once again and keep him from dominating the game the way he did in Game 6 when he had a triple-double. Also, James needs to be assertive and take the lead in Game 7.

Otherwise, the Pacers will be the one celebrating on their home floor. For Cavs fans, that would be a nightmare and a miserable ending to a roller-coaster season.