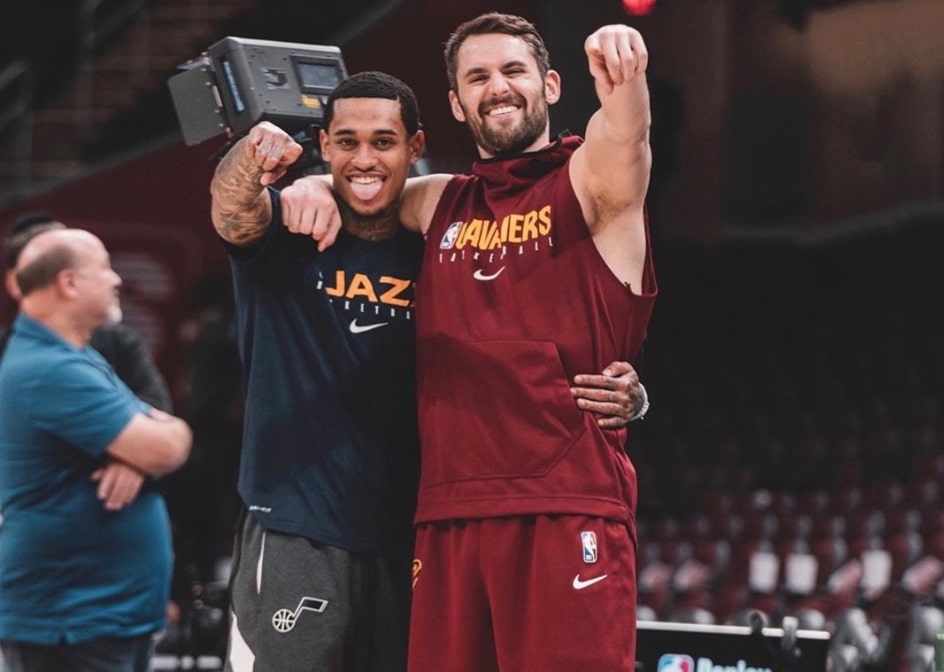 On Monday, the Cleveland Cavaliers played the Utah Jazz, making it the first time that Jordan Clarkson faced his old teammates since being traded.

Although the Cavs lost, 126-113, the family ties between Clarkson and his old mates are intact, as evidenced by Kevin Love’s social media post after the game.

So much bigger than basketball with @jordanclarksons — My family forever!!! 0️⃣0️⃣ & 0️⃣

Clarkson was traded to the Jazz on Dec. 23 for guard Dante Exum and two future second-round draft picks. Clarkson has given the Jazz some much needed pop off the bench since making the move to the Beehive State.

Coming into Monday’s contest, Clarkson was averaging 16.2 points a game while shooting 48.5 percent from the field in 29 games for the Jazz. His new team has won 19 of those games and is currently sitting in fifth place in the Western Conference.

Against the Jazz, the 3-point shot was a huge bone of contention for Cleveland. Although it made 17-of-41 of its 3-point attempts, it allowed the Jazz to shoot 48.8 percent from downtown.

Love did his part to keep the Cavs competitive with 22 points and nine rebounds while making six of his 11 3-point shots. Collin Sexton exploded for a super-efficient career-high of 32 points, but it wasn’t enough for the Cavs, who are now 17-44.