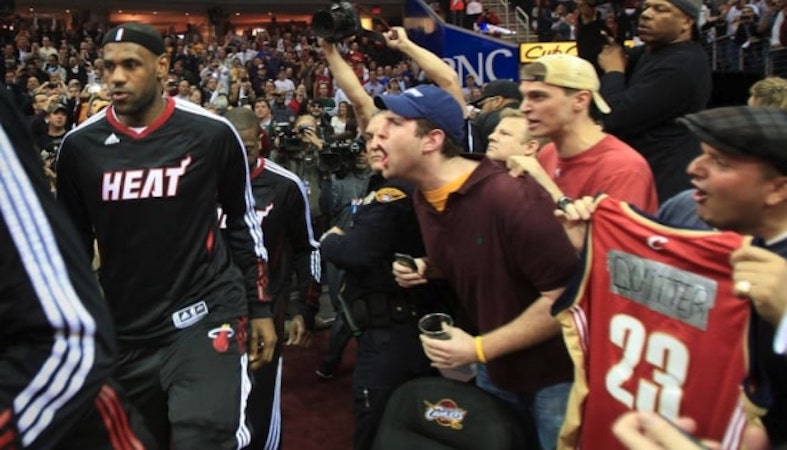 Superstar LeBron James took on a ton of hate for leaving the Cleveland Cavaliers to join the Miami Heat 10 years ago.

In an interview with Taylor Rooks of Bleacher Report, New Orleans Pelicans veteran J.J. Redick explained how James’ decision drew hate because he was a powerful black man making a consequential choice for himself.

Although the hometown hero played in Cleveland for the first seven seasons of his career, he did not feel like the franchise could help him become a champion. As a result, he joined forces with All-Stars Dwyane Wade and Chris Bosh in Miami.

Critics of Redick’s view would say fans were irate with James because he joined a superteam, spurned the Cavs on national television and bloviated that the Heat were going to win several championships.

Of course, James went on to appear in four finals and win two titles in Miami. However, he returned to Cleveland in 2014.

The four-time MVP delivered on his promise to bring Cleveland a championship, as he led the Cavs back from a 3-1 deficit to defeat the historic Golden State Warriors in the 2016 NBA Finals.

During the ensuing summer, Durant left the Oklahoma City Thunder to join the star-studded Warriors. The move drew parallels to James’ decision to leave Cleveland for Miami in 2010.

Now, James plays for the Los Angeles Lakers, while Durant is on the Brooklyn Nets.