J.R. Smith Sends Message to Haters Complaining About His Lack of Scoring 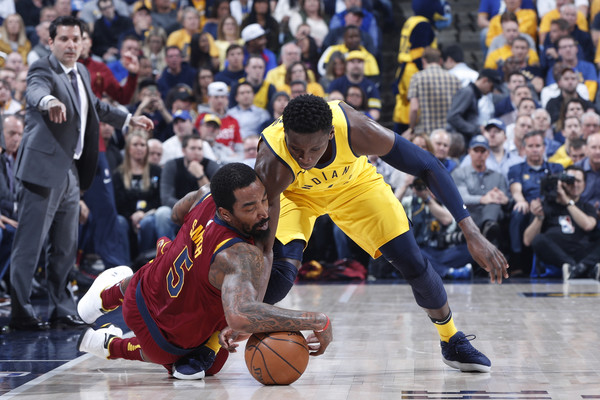 After Smith posted a picture on Instagram on Thursday morning, fans felt compelled to make him aware of their disappointment regarding his lack of scoring. However, the guard had a message for them to remind them that basketball isn’t all about scoring.

Smith’s lock emoji reply was of course in reference to his lockdown defense on Indiana Pacers star Victor Oladipo in Game 3. In the contest, Oladipo put up just 12 points on 2-of-15 shooting from the field.

Smith wasn’t the only one boasting about his defense. Following Game 5, LeBron James spoke about his longtime teammate’s contributions on the defensive side:

“J.R. was fantastic,” James said. “Just trying to make Oladipo feel him out on the floor. Make it tough on him. I mean, Oladipo is an All-Star for a reason and he puts so much pressure on your defense. So for J.R. to take the challenge, we just try to be his eyes and ears behind him. Because when you’re playing on the ball, sometimes you don’t know what’s going on behind you — a lot of times you don’t know what’s going on behind you. And that sort of communication has to be at an all-time high. And we just try to make it where like we say, we can be his rearview.

“But he’s been great the last … he’s been great in the series, period, defensively. And I told him after the game, ‘Listen, every shot that you took tonight, I felt like they were going in.’ He had some really, really good looks but he never let that get to interfere with the defensive side and he was great.”

With James solidly in Smith’s corner, it’s no surprise that the streaky scorer is confident in his recent defensive performances.

The Cavs are just hours away from a Game 6 that could very well be the final game in the series if Smith is able to lock Oladipo down defensively once again. If he does, you can expect quite a few more lock emojis in his Instagram mentions.