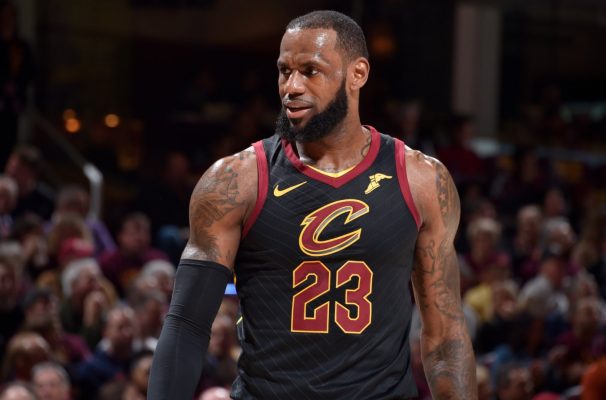 LeBron James wowed the basketball world in Game 5 against the Indiana Pacers when he gave the Cleveland Cavaliers the win with a last-second game-winning shot.

Cavs head coach Tyronn Lue has enjoyed a plethora of incredible moments coaching James over the past three seasons. While James’ abilities on the court still shock fans, it was evident by Lue’s postgame press conference that he has learned to expect greatness from his star player.

“Bron (James) switched on [Victor] Oladipo. He got a big block, big stop. I called a timeout and ran our play,” Lue said before recounting the game-winning 3-pointer. “As soon as it left his hand it looked perfect, like on target, it looked good. Another big shot he made for us, so we needed that.”

James didn’t only shine in the waning moments of the game, but put in a monster performance throughout the contest, finishing the night with 44 points, 10 rebounds and eight assists.

So far in the series, the four-time MVP is averaging 34.8 points, 11.4 rebounds, and 8.0 assists per game, and is arguably playing his best basketball of the season. Despite that, the Cavs have failed to win by more than four points in each of their three wins thus far.

Lue can expect another jaw-dropping performance from James in Game 6 this Friday. If his teammates can to rise to the occasion, the Cavs should be able to get out of Indianapolis with a win and a ticket to the Eastern Conference semifinals.