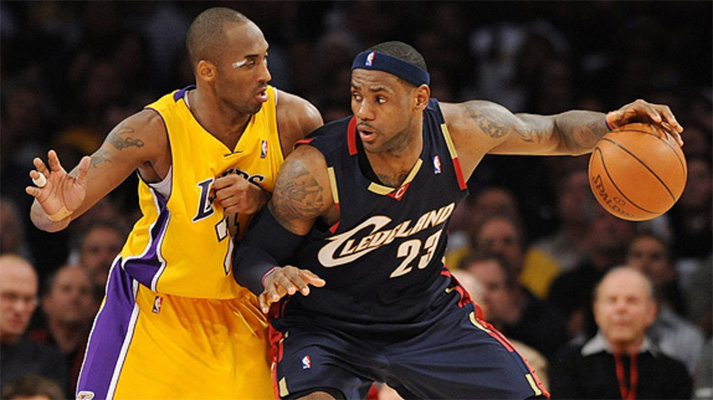 There is little doubt that Kobe Bryant and LeBron James are among the top five players of their generation.

While it’s clear that both will go down as two all-time greats, now it’s certain how Bryant views his rival. According to L.A. Daily News beat writer Mark Medina, Bryant lists James as one of the top five players he’s ever faced in his 20-year NBA career:

It is important to note that the list was in no particular order.

While Bryant has had a couple of classic battles with Durant in the playoffs and even had a memorable showdown with Michael Jordan at the 1998 All-Star Game, he has never had that hyped showdown with LBJ in the NBA Finals. The fact that the two never faced off in the finals is ironic because both players have been in each NBA Finals since 2007—just never against one another.

Though the Cleveland Cavaliers and Los Angeles Lakers likely won’t be facing off in the NBA Finals during Bryant’s final season, it’s nice to see the Lakers legend pay respect to James on his way out.

Cavaliers Nation will have a couple more opportunities to see the two legends face off in the coming months on February 10th at Quicken Loans Arena and March 10th at Staples Center.