LeBron James and His Company Being Sued by Adventure Enterprises 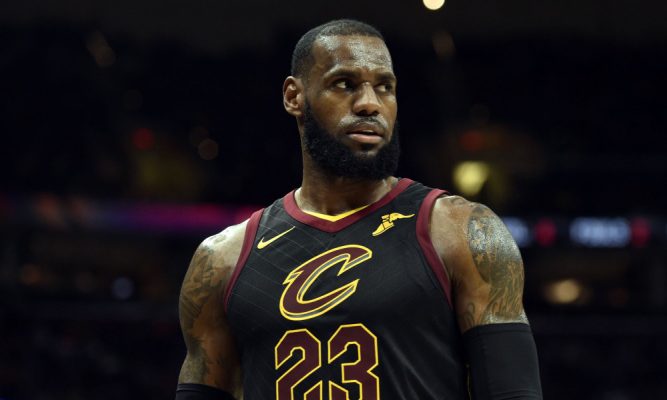 Cleveland Cavaliers forward LeBron James is currently focusing his attention on the first round of the NBA playoffs, but now has something to distract him as he prepares for Game 2 against the Indiana Pacers on Wednesday night. That distraction is a lawsuit that’s been filed against the production company run by James and his business partner, Maverick Carter, for allegedly stealing the idea for a TV show.

TMZ Sports reported on Monday that Adventure Enterprises came to pitch the idea of a show about celebrities getting a haircut while recounting their successes in the business world to UNINTERRUPTED, James’ production company. Adventure Enterprises’ planned show never came about, but a similarly themed show soon got their attention, which then led to a lawsuit that also includes an injunction request to stop production on any further episodes.

“The company claims it had numerous talks about the idea with LeBron’s company, UNINTERRUPTED, over a period of two years … fleshing out the idea and figuring out a strategy for pitching it to various networks.

“According to the lawsuit, LeBron went and cut Adventure Enterprises out of the picture and created a ripoff show called ‘The Shop,’ featuring LeBron in a barbershop with his contemporaries, ‘while engaging in an intimate conversation describing cultural experiences.’ The show aired as a webisode.

“Adventure Enterprises claims it confronted LeBron’s people, and what they got back was an apology and assurances it was a one-time deal and wouldn’t happen again.”

ESPN’s Dave McMenamin reported on Tuesday that the filming for a third episode of “The Shop” was recently completed. Not surprisingly, the lawsuit and facts surrounding the case are being disputed.

“The company sought a payment eight months ago and were told their claim was ridiculous, and they disappeared,” a source close to James and Carter told ESPN on Monday. “They clearly saw the media around the University of Alabama story and saw an opportunity for a publicity stunt.”

That Alabama story was connected to the school’s football program releasing a trailer on social media for a program entitled “Shop Talk.” The show involves the school’s head football coach, Nick Saban, chatting in a barber shop, with former Crimson Tide wide receiver Julio Jones, who currently plays in the NFL for the Atlanta Falcons.

That led to UNINTERRUPTED sending a cease-and-desist letter claiming legal issues related to intellectual property concerns, trademark rights and infringement of copyright. In the interim, the University of Alabama has changed the name of their program to “Bama Cuts,” and produced another episode.