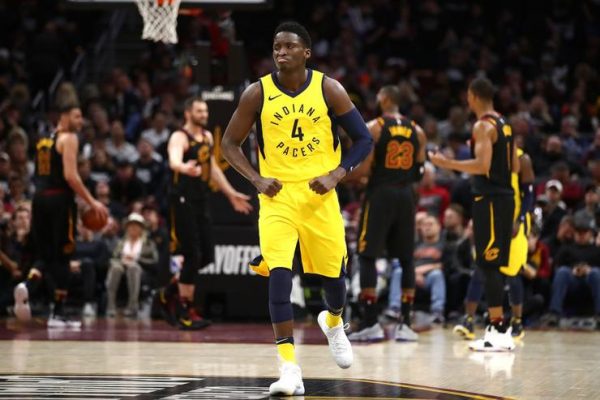 The Cleveland Cavaliers are currently down 0-1 in their first round-series against the Indiana Pacers. A big reason why is due to the play of rising star Victor Oladipo, who dominated on both sides of the court and finished the night as the game-high scorer with 32 points.

Following the game, Oladipo said that Cavs owner Dan Gilbert was one of the many people he wanted to prove wrong in Game 1.

“You could say it fueled the fire,” he said of Gilbert following the blowout victory over the Cavs.

Last summer, Gilbert questioned whether or not the Pacers could have gotten more for Paul George than Oladipo and a bunch of role players.

Dan Gilbert on the Paul George trade: "I would say Indiana could have done better than they did."

Last night, Oladipo showed Gilbert firsthand that the Pacers knew exactly what they were doing when they traded for him. Along with his 32 points, the University of Indiana product added six rebounds, four assists, and four blocks to his monster night.

During the regular season, he averaged 23.1 points, 5.2 rebounds. and 4.3 assists per game, and is considered by most to be a shoe-in for the Most Improved Player award.

Game 2 is not until Wednesday night, but there is no doubt that quite a bit of the Cavs’ game plan will be trying to find a way to keep Oladipo from having such a massive impact on the contest.

While Gilbert had nothing but doubts regarding the Pacers’ offseason trade that brought Oladipo to Indiana, it seems he could learn a thing or two from them about how to evaluate and acquire unproven talent.