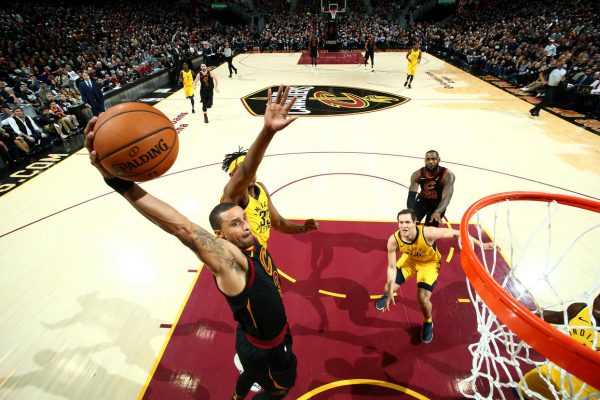 After the Cleveland Cavaliers‘ blowout loss in Game 1, they certainly didn’t need anymore bad news, but that’s exactly what they got on Monday morning.

According to Cavs head coach Tyronn Lue, point guard George Hill was experiencing stiffness in his back on Monday and his availability for Game 2 seems to be in doubt.

Ty said George Hill (back) was stiff today, sounds like there will be question as to whether he plays in Game 2

Hill missed four of the Cavs’ last six regular season games and has yet to have a wholly productive outing since. In Sunday’s loss, Hill finished the night with just seven points and three rebounds in 19 minutes. While his production hasn’t been all that impressive as of late, his absence would surely hurt the Cavs’ chances of getting the victory in Game 2 on Wednesday night.

Despite the Cavs being behind just one game in the series, overreactions regarding their chances of winning the series have already spread across the NBA. Regardless of whether Hill is able to suit up for Game 2 or not, the Cavs are going to have to dig deep and get the win to even the series at 1-1.