Video: Stephen Curry Gets Away With Blatant Double-Dribble Against LeBron James 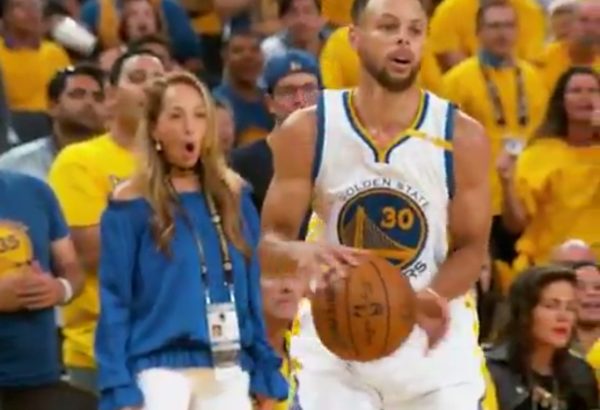 As if home-court advantage wasn’t enough, the Golden State Warriors seem to be getting away with more than their fair share of illegal moves, which was highlighted on Sunday night.

In what may have been the play of Game 2 of the NBA Finals to many Warriors fans, point guard Stephen Curry was matched up with Cleveland Cavaliers superstar LeBron James on the perimeter on one possession.

Watch as Curry picks up the ball with two hands and pretend to shoot a 3-pointer, before then dribbling the ball again and getting James out of possession — the exact definition of a double-dribble.