Report: Signs Point to Cavs Looking to Target Darius Garland With No. 5 Pick 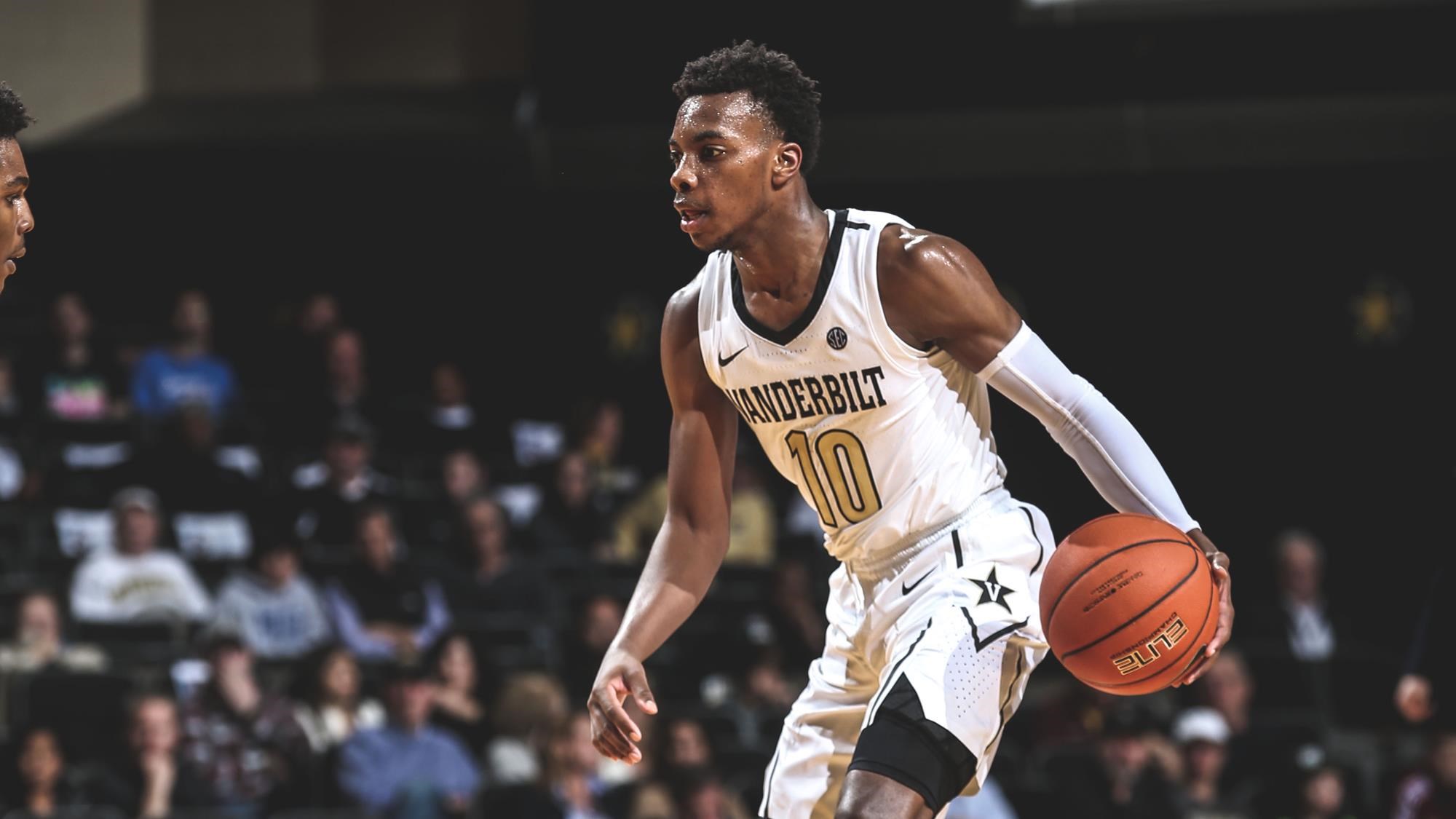 Among the different prospects the Cleveland Cavaliers are considering with the fifth overall pick in Thursday’s NBA draft is Vanderbilt University guard Darius Garland. In the opinion of one Cavaliers insider, some clear signs have emerged that the Cavaliers are strongly looking at Garland as their choice.

Terry Pluto of Cleveland.com noted how a series of circumstances seem to point to the Cavaliers choosing Garland, including the philosophy of new head coach John Beilein:

“Cavaliers Coach John Beilein is supposed to be open to two smaller guards if they can score. Would the Cavs be interested in pairing the 6-foot-2 Garland with 6-foot-2 Collin Sexton in the backcourt? That’s small for the NBA, but I would not discount it for the Cavs. That’s especially true if they consider Garland an eventual impact player.”

Pluto also pointed to the fact that on Saturday, the New Orleans Pelicans acquired the pick immediately before the Cavs’ choice:

“Now, the No. 4 pick belongs to New Orleans, which secured it after making the Davis deal with the Lakers. Former Cavaliers GM David Griffin now has that same job with the Pelicans. Current Cavs GM Koby Altman worked under Griffin in Cleveland.”

“Garland is represented by Klutch Sports, the agency led by Rich Paul and sports attorney Mark Termini. They also represent Davis. They didn’t permit Garland to work out at the NBA Combine. A week ago, Klutch had a showcase with its clients for NBA teams — but Garland didn’t take part.

“But the Cavs did look at him. Garland played only five games at Vanderbilt before sustaining a knee injury. He had meniscus knee surgery in late November. He is said to be healthy right now, and several doctors supposedly have cleared him. Meniscus knee injuries are not as serious as the ACL tear. Garland was hurt making a layup two minutes into Vanderbilt’s 77-75 loss to Kent State.”

Pluto pointed out why the presence of Klutch Sports is so noteworthy:

“I believe it’s significant that the Klutch agency invited the Cavs to work out Garland. Klutch also represents current Cavaliers Tristan Thompson and J.R. Smith (still on the roster). They also represent LeBron James, pairing him with Davis (also a client) in Los Angeles.”

One final aspect that Pluto indicated involved a possible flipping of the draft picks between the Pelicans and Cavaliers:

“As for a deal with New Orleans, that has to be considered a possibility. The Pelicans picked up three first-round picks in the Laker deal. The Cavs have picks No. 5 and No. 26 in this draft. They are loaded with future second-round picks.”

Until the draft arrives all of the above talk remains speculation. However, with multiple aspects all pointing in one direction, the possibility of seeing Garland in a Cavaliers uniform next season may not be too far from reality.