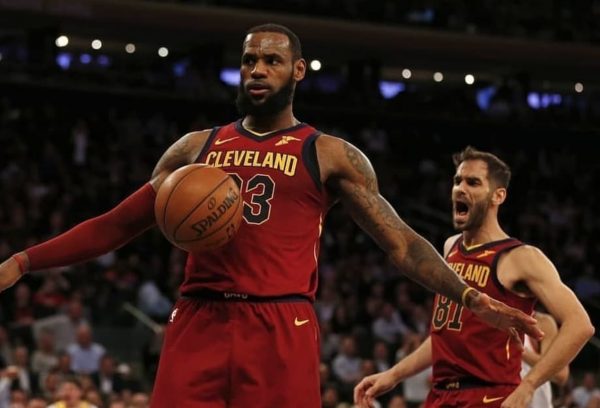 It’s been a difficult season for the Cleveland Cavaliers, but after a 123-109 win over the New York Knicks at Madison Square Garden, they finally secured another Central Division title.

It’s the fourth straight time for the Cavaliers, but for their leader, LeBron James, it marks his 10th consecutive division title as an individual.

This prompted Cavs point guard Jose Calderon to pay a special tribute to the man they call the King, as he congratulated James via Instagram on the rare feat.

No one else in NBA history has ever achieved the distinction of having won as many division crowns as James did on Monday night. With the title in hand, the Akron native broke a quintuple tie between him, Magic Johnson, Michael Cooper, Tom Heinsohn and Bill Russell.

Taking the lead in the Central Division is particularly important to the Cavs as it would allow them to retake the third seed from the Philadelphia 76ers should there be a tie between the teams’ records at the end of the season. The Sixers and the Cavs split their regular season series at two games apiece and a division title would be the tiebreaker.

James had 26 points, 11 assists and six rebounds to lead the Wine and Gold to their 11th win in 13 games.

When the Cavs return to the court for their season finale, they will be facing the Knicks once again on Wednesday. This will give James an opportunity to achieve a personal record by playing in all 82 games for the first time in his career.

Not bad for a 15-year veteran who is considered one of the most durable players in the NBA.