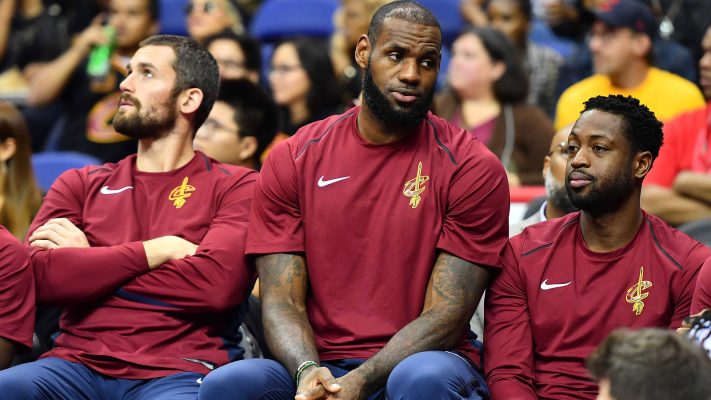 When Dwyane Wade signed with the Cleveland Cavaliers over the summer for a veteran’s minimum of $2.3 million, most fans were thrilled.

Although he would be 36 years old for a bulk of the season, the Cavs got a savvy two-way veteran on the court, and a strong locker room presence off the court. Little did fans know, however, that Wade would be doing more harm than good in the locker room.

As reported by Joe Vardon of Cleveland.com, Wade was an “instigator” during the team’s infamous team meeting on Jan. 22. While most fans believe that former Cavs point guard Isaiah Thomas led the charge against Kevin Love, who was questioned for going home with a sickness, it turns out that Wade is the one who sparked the accusations against Love according to Vardon:

“Yes, Thomas was upset that Kevin Love went home with an illness before a 24-point loss to Oklahoma City had concluded on Jan. 20, and that he was not at practice the following day.

“But, sources said, it was Wade who first made an issue of it at practice Monday, challenging Lue to disclose where Love had been. Numerous players verbally attacked Love, who eventually explained his absence to the team as part of a wide-ranging, heated discussion in which virtually no one was immune from criticism.”

As a close friend of LeBron James, nobody thought that Wade would be an issue coming to a Cavs team with several new pieces. However, fans are slowly learning that Wade, along with Thomas, may have been a big part of the team’s chemistry all along.