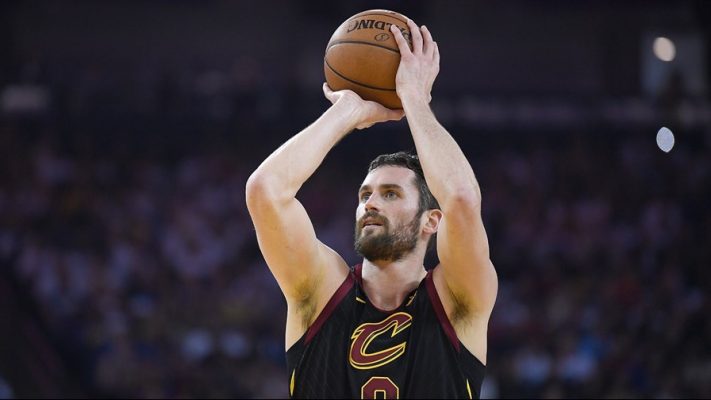 According to a team spokesman, Love still remains in the NBA’s concussion protocol and still has tests to pass, but he was reportedly working out at shootaround this morning and could suit up for tonight’s matchup.

Prior to Love’s freak accident, he had been averaging 20.3 points and 10 rebounds in his first four games back from a fractured left hand.

In other news, Kyle Korver, who’s been out since March 19 due to the tragic passing of his younger brother, is listed as “out” against the Pelicans due to a sore left foot.