Video: Kyrie Irving Picks Five Players He Would Have on His NBA 2K18 Team 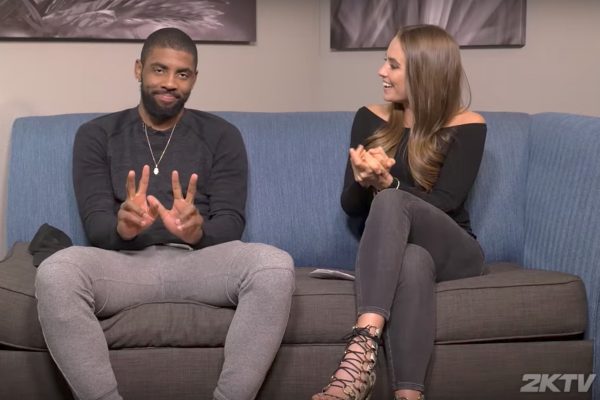 With the scheduled release of NBA 2K18 just two days away, a new season of NBA 2KTV premiered earlier this week.

When asked to pick fellow NBA players that he would put on his eLeague gaming team, Irving narrowed his roster down to five players.

No LeBron on Kyrie's 2K18 Team

Posted by Ballislife on Sunday, September 17, 2017

“I definitely start off with KD (Kevin Durant). Definitely put Paul George in there,” Irving said. “Hopefully Kobe (Bryant) would want to do it if he has some time in his schedule. And then I would have to go with a big like DeAndre Jordan or DeMarcus Cousins.”

What immediately stands out is the fact that Irving left ex-teammate and Cavs superstar forward LeBron James off his 2K eLeague team, even though James was recently ranked by ESPN as the NBA’s top player for the seventh consecutive season and is widely regarded as the greatest player in the game today.