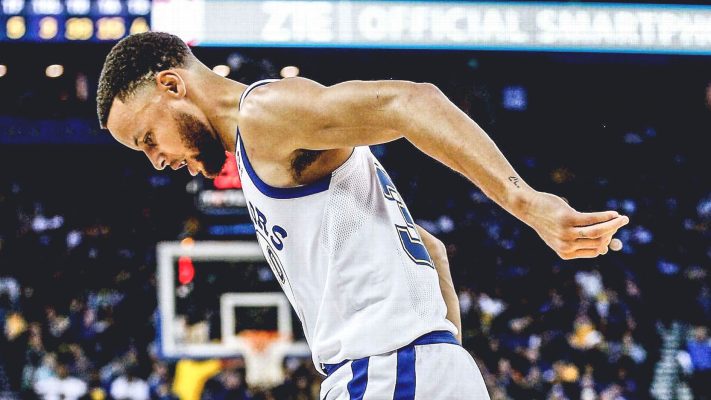 While the Cleveland Cavaliers are getting close to full health, their archrival Golden State Warriors have been severely hit by the injury bug as of late.

The latest victim is point guard Stephen Curry, who had suffered a sprained MCL after big man JaVale landed on his leg in the third quarter of their game against the Atlanta Hawks.

However, a bit of good news has been released by ESPN’s Adrian Wojnarowski who says that Curry is likely to return by the start of the playoffs.

Steph Curry suffered a Grade 2 MCL sprain in his left knee, league source tells ESPN. He will be re-evaluated in three weeks. He could return near start of playoffs. All in all, good news for the Warriors.

Injuries are a part of the game as the Cavs have learned through their last four NBA Finals runs.

In Game 1 of the 2015 NBA Finals, point guard Kyrie Irving suffered a fractured kneecap at the end of regulation, which effectively ended his season. That was the same year that Kevin Love went down with a dislocated left shoulder in the first round of the playoffs. Incredibly, superstar LeBron James was able to push the Finals series to six games with Matthew Dellavedova and Timofey Mozgov as his running mates.