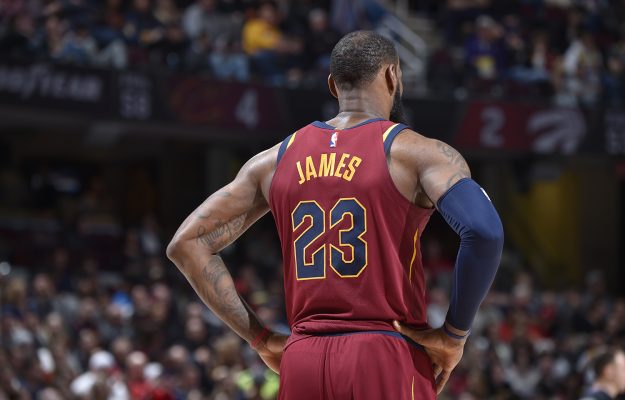 The Cleveland Cavaliers made a huge statement on Wednesday night when they came back from double-digit halftime deficit to beat the Eastern Conference-leading Toronto Raptors in a high-scoring affair, 132-129.

Not only did the Cavs prove that they are still the class of the Eastern Conference with the victory, LeBron James proved that he is still the best player in the NBA when he broke a jaw-dropping NBA record.

LeBron James is the first player with 35 points, 15 assists and no turnovers in a game since turnovers were first tracked in 1977-78.

The four-time MVP didn’t just drop 17 dimes in the game or score 35 points on 11-of-19 shooting from the field, he also grabbed seven rebounds to finish with a truly monstrous stat line. There are very few players in the history of the NBA that can finish a game with that kind of performance, but for James to do it without turning the ball over one time shines light on how special he really is.

James and the rest of the Cavs left it all on the court on Wednesday night and came up with a huge win despite missing a number of valuable contributors as well as Cavs head coach Tyronn Lue.

If the King continues his current level of play, and the Cavs are able to get back the many players they are currently missing due to injuries, this team could be incredibly dangerous come playoff time.