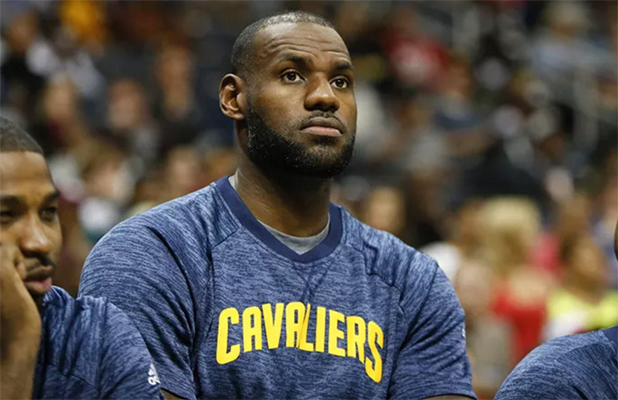 Cleveland Cavaliers superstar LeBron James has accomplished more than most players over the course of his 13-year NBA career. However, there is one thing the four-time MVP hasn’t done that numerous players have: Go to college.

Back in 2003, James decided to skip college and go straight to the NBA from high school. The Rookie of the Year Award, MVPs and championships he has earned since being drafted No. 1 in the draft have shown that the decision to quickly jump into the pros was a good one. Yet, the multimillionaire is still hungry for the things he hasn’t received, like a college degree.

In a publication for the Akron Beacon Journal, James told Jason Lloyd about the desire he has to go to college.

“I’m signed up at the University of Akron for whenever I’m able to get a little bit of down time. That’s always been a conversation that took place to take some college courses, take some classes,” James said. “So right now I just do a lot of reading, book reading, and obviously I’m around some really good people that I kind of take their knowledge and sort it into my mind.”

While James doesn’t have the time to pursue a college degree at the moment, he clearly does have it on his agenda. He even has an idea of what he’s going to study: math and world history.

“I love world history, just the history of how everything was put together. I love that part of things, and people that founded the world, made this world such a beautiful place. I’m pretty fond of that,” the star said. “I love when I go around, obviously every summer traveling places, and it’s kind of unique to see how we kind of built things. Who kind of ruled places at certain points of time. It’s pretty cool.”

Going to college and studying history isn’t the only education-related goal James has. The 12-time All-Star wants his kids from the “I PROMISE” program to graduate from college as well. The foundation he made is now establishing the “I PROMISE Institute,” a base on the University of Akron to help students in his program navigate through college and get help graduating.

“We’re putting these kids in college and getting them education, but also the success rate of graduating college is very low as well even once you get to college,” James said Thursday. “We wanted to figure out a way where we could help these kids graduate college and that’s where the institute came from. … Just trying to make a difference.”

Basketball isn’t the only thing on the superstar’s mind. James will be chasing more titles and furnishing his career in the years to come, but he’s looking to make an immeasurable impact off the basketball court as well and it’s very respectable.