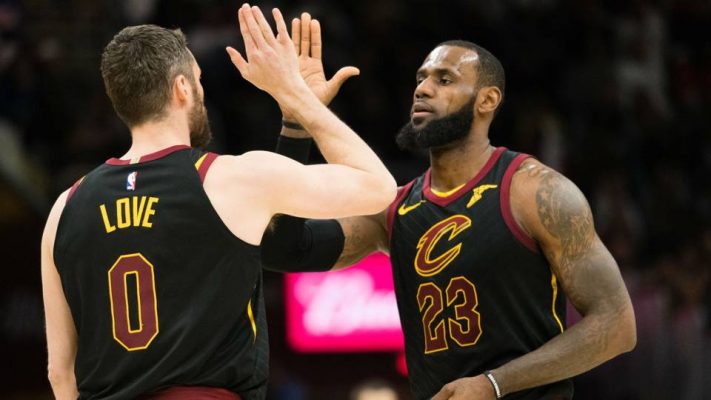 The Cleveland Cavaliers received a big boost on Monday night as they welcomed back big man Kevin Love, who had missed the previous 21 games with a broken hand suffered on Jan. 30 against the Detroit Pistons.

The Cavs bested the bucks by a score of 124-117 as Love was the second leading scorer on the team behind LeBron James, who finished with his 16th triple-double of the season with 40 points, 12 rebounds, 10 assists, and two steals. Love finished night with 18 points, seven rebounds, four assists, and two blocks.

After the game, James spoke about the big man’s impact in his first game played in over a month and a half:

"It's great to have him back."

LeBron James on the return of Kevin Love. #AllForOne pic.twitter.com/qzE8Kd08Bp

With the Cavs extremely short-handed in the big man department, it’s a welcome sight to see Love back on the court. Larry Nance Jr. is still out with a sore right hamstring, while Tristan Thompson is still nursing a sprained right ankle.

The Cavs are now a half-game above the Indiana Pacers for the third seed in the Eastern Conference and a whopping six games behind the Boston Celtics for the second seed.