Don't Miss
Home / Media / Julius Randle: ‘I would love to play with Bron’

Julius Randle: ‘I would love to play with Bron’ 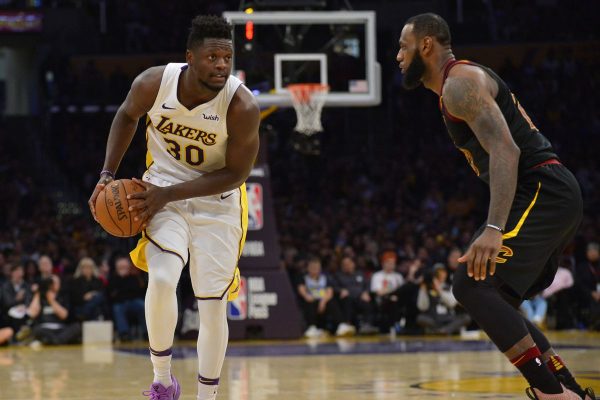 After the game between the Cleveland Cavaliers and Los Angeles Lakers on Sunday, Julius Randle was the latest to heap praise on LeBron James. Having played with another all-time great in Kobe Bryant, the young forward is all about learning from the best.

According to ESPN’s Ohm Youngmisuk, it appears that Randle would relish the opportunity to play with James knowing how much education he could receive from the 14-time All-Star.

“It would definitely be interesting because we are building something. We really see our young core developing, so it would definitely be something interesting,” Randle said. “I played with [Kobe Bryant]. … What you learn from Bean as far as mentality and just the little things, his work ethic, I would love to play with Bron and learn the same things.

There are only a handful of players in the league who elicit the kind of admiration that James receives. Some simply admire these greats from afar, while others, like Randle, hope to play together with them and perhaps become like them.

Randle playing with James is quite a tall order, though. The Lakers have their sights set on bringing in two max-contract players in the summer before they can even begin to talk to Randle and his representatives due to salary-cap issues.

But one thing is for certain: If he has the chance to do so, Randle would love to stay with the Lakers and play with James should he sign with the team in the offseason.