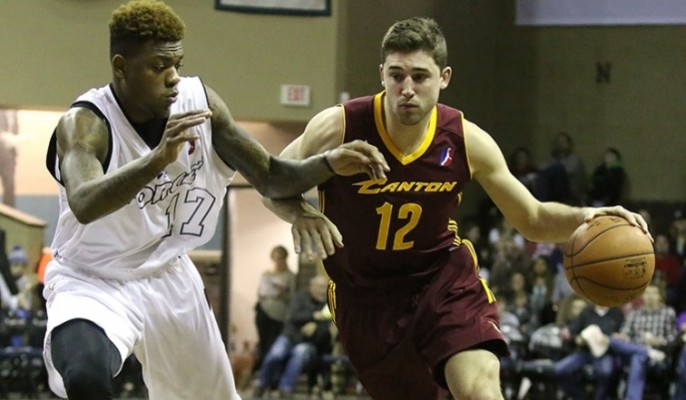 Joe Harris is back with the Cleveland Cavaliers—again.

In what has become a recurring theme, Harris was recalled from the Canton Charge and promoted to the Cavaliers’ active roster. The move took place right before the Cavs took on the Philadelphia 76ers in their Sunday afternoon win.

While the team is currently stacked with their depth at guard, Mo Williams continues to deal with a finger injury. He has missed the past two games for Cleveland.

Since the beginning of the season, Harris has spent the past couple of months bouncing in-and-out of Cleveland’s D-League affiliate. It was reported a few days ago that the Cavaliers may be looking to trade Harris.

The second-year guard has played in just five games for Cleveland this season. In 10 games for the Charge, Harris has averaged 16.4 points, 5.2 rebounds and 2.6 assists in 33.1 minutes per game.