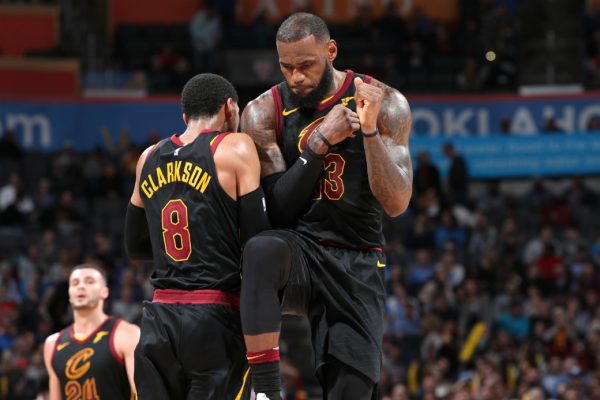 Fans and players alike have always loved to compare the greatness of LeBron James and that of Kobe Bryant. Very few, however, have the ability to actually speak from first-hand experience.

One of those few who do possess that ability is Cleveland Cavaliers guard Jordan Clarkson. Clarkson played with Bryant during his first two seasons in the NBA. He now finds himself playing alongside James in Cleveland.

Earlier this week, Clarkson sat down with local radio show “CavsHQ” to breakdown what it was like playing with Bryant and James.

“During my rookie year, Kobe was always on me. Get in the gym early with him. Get shots up and stuff like that,” he said. “On the court, he was not as vocal as LeBron is, in terms of being with everybody, encouraging and stuff. Kobe had his own way of encouraging guys. It was something similar.”

Clarkson continued by explaining how both NBA icons differ in terms of their approach to leadership.

“Two differently styles of leadership. LeBron is very encouraging, bringing everybody along,” he said. “Kobe, he is testing you, seeing what you gonna give him. He gonna get at you, he gonna scream at you, he gonna cuss. Two different sides, I’m just blessed to see both of them.”

Clarkson offered a fascinating look into two of the most dedicated and successful players in recent NBA history. While it may be a biased opinion, it does sound quite a bit more fun to suit up alongside James.