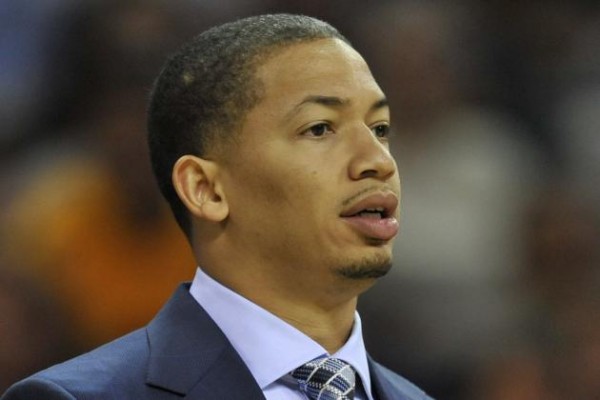 When Kyrie Irving stated that the Cleveland Cavaliers were the team to beat a few days ago, it created quite a stir throughout the NBA.

While Irving may believe that the Cavs are the team to beat in the NBA, head coach Tyronn Lue has a different opinion. Prior to Cleveland’s 110-108 overtime win over the Atlanta Hawks on Friday night, Lue was a bit realistic on the reality of the team entering the playoffs:

“Well, I think the team that we have, I think our team is very confident. When [Irving] says ‘the team to beat,’ I would say ‘the team to beat in the East.’ I wouldn’t say overall because Golden State won the championship last year. They’re the team to beat, and they have the best record in the NBA right now. I just think we’re confident that we can get things done.”

Lue’s remark about the power structure in the NBA is likely how most people feel. The Warriors are not just the best team in the league, they might be the best team of all time. They are currently 68-8 and have a realistic shot at breaking the wins marks over the course of a single season.

Outside of Golden State, the San Antonio Spurs are the league’s second-best team at 63-12 and are undefeated at home with a 38-0 record this year.

It’s nice that Irving has confidence in his team right before the playoffs start, but let’s be real—the Warriors and the Spurs are playing at a different level right now.

There’s no shame in saying that Cleveland is merely the team to beat in the East right now, rather than the entire NBA.