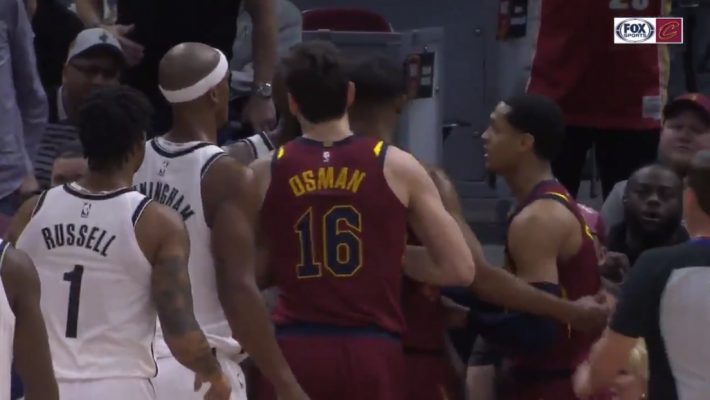 The Cleveland Cavaliers are currently looking to bounce back from a loss against the San Antonio Spurs as they take on the Brooklyn Nets in Tuesday night action.

After an abysmal first quarter from the starters, Cleveland’s second unit is providing a much-needed spark due in large part to the services of Jordan Clarkson.

The former Los Angeles Laker currently has seven points and his energy has seemingly uplifted the Cavs.

During the second quarter on a fast break, Nets big man Quincy Acy looked to stop Cleveland’s momentum literally and figuratively as he took a hard foul on Clarkson.

Acy was assessed a flagrant foul upon further review.