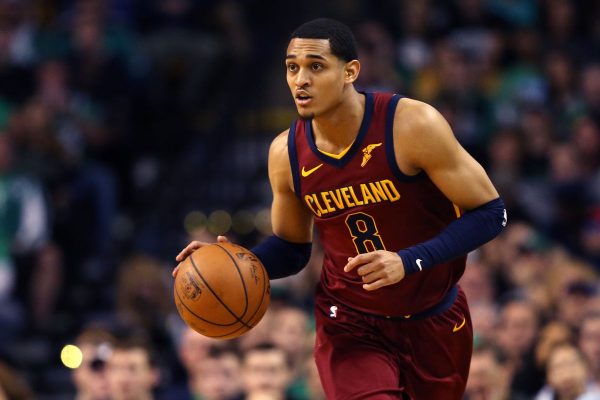 Cleveland Cavaliers guard Jordan Clarkson was obviously disappointed after LeBron James announced he was signing with the Los Angeles Lakers on July 1. However, despite that devastating blow to the team, Clarkson believes that the Cavs will surprise a lot of basketball fans during the 2018-19 season, with the guard already doing his part to improve his performance.

Joe Vardon of Cleveland.com writes that the 26-year-old Clarkson is currently in Las Vegas working closely with Cavs head coach Tyronn Lue. The chief goal is to develop better ball distribution among teammates without compromising his scoring off the bench. At the same time, he’s ignoring the common perception that the Cavaliers will collapse with the presence of James on their roster.

“I feel like we’re going to shock a lot of people this year just because LeBron left,” Clarkson said. “I feel great about the team, coaching staff. They got a lot of belief in guys, so I’m just ready to strap it up and get ready for the season now.”

In an effort to improve his endurance and build up more muscle on his 6-foot-5, 194-pound frame, Clarkson’s embarked on a diet change and weightlifting program.

“In terms of my body and stuff, I have to take care of my body all year, because like I said this was my first time playing after April, but it’s those guys that keep up with themselves, keep playing at that high level, taking care of their bodies,” Clarkson said. “That’s a big thing for me this summer. I got a new strength guy out in L.A. that I’ve been working with. He’s got me on a diet and stuff like that, so I’ve been focusing in the weight room so I can be ready for those times and keep prolonging myself so I can stay at a high level.”

Prior to being acquired by the Cavaliers from the Lakers on Feb. 8, Clarkson had never played in the postseason. That inexperience and fatigue showed when he averaged just 4.7 points and 0.7 assists, and saw his shooting percentages for both 3-pointers and field goals overall diminish considerably come playoff time. His struggles helped limit his time on the court at the most crucial time of year, something he attributed to a rushed shot that ignored the opposing defense in place.

Clarkson certainly has the potential to provide instant offense off the bench after finishing second in the NBA in that specific category. He averaged 13.9 points per game overall during the regular season and 12.6 points in a Cavs uniform in that time frame. Both numbers are slightly under his 14.1 career average, a number that he’ll likely be called upon to increase to fill the gaping hole of James’ departure.

The last time James left in free agency in 2010, the Cavs collapsed and didn’t come close to reaching the playoffs. In 2018, the team’s outlook is brighter, though Clarkson’s optimism will likely be sorely tested when the games begin in October.