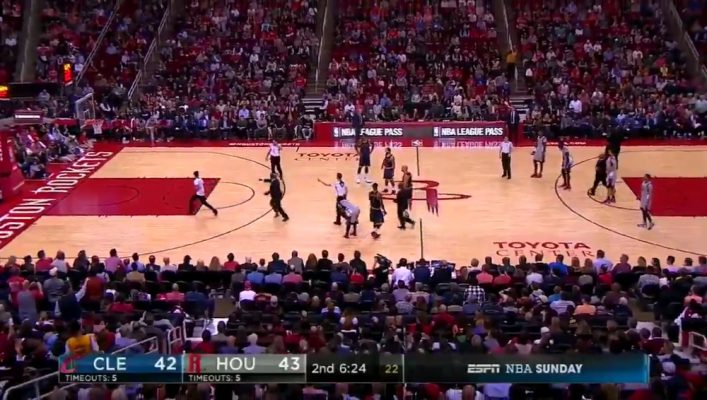 This isn’t the first time that a LeBron James-led team has encountered a crazed fan running onto the court.

On Sunday night against the Houston Rockets, the Cleveland Cavaliers encountered what has seemingly been a yearly event as a fan came running onto the court in the middle of the second quarter.

Watch the madness unfold for yourself below.