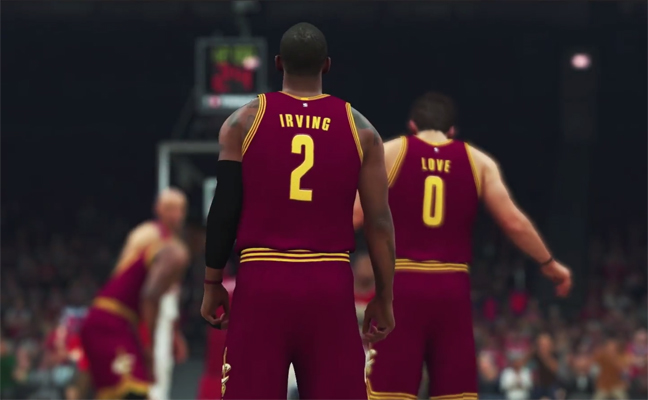 The wait is over.

After much anticipation, the NBA 2K17 trailer has been released. With the hashtag #FRICTION, this entertaining video shows off 3D court intros, mighty celebrations and new players on updated rosters.

The 2016 NBA champion Cleveland Cavaliers are heavily portrayed in the video. Finals MVP LeBron James is featured numerous times, perhaps the most out of all the players; even more than Indiana Pacers All-Star Paul George, the forward privileged to grace the cover of the game. Point guard Kyrie Irving, who just won his first gold medal on Sunday, is also shown throughout the video.

Check out the entire trailer below, courtesy of NBA 2K’s Twitter page:

If you want to play with Irving’s gold medal squad you can. In fact, for the first time since 2K13, you can play as or against the 1992 Team USA Dream Team. It’s a pre-order bonus but it can also be bought separately in regular editions. In addition, other international teams, such as Spain and Italy, will be included in the project this year.

This game is set to be one of the best releases in 2K history. With multiple changes over the summer, fans will get a chance to play with these new teams before they get on the court themselves. The anticipated game comes out on Sept. 20 and pre-orders get the game on Sept. 17.