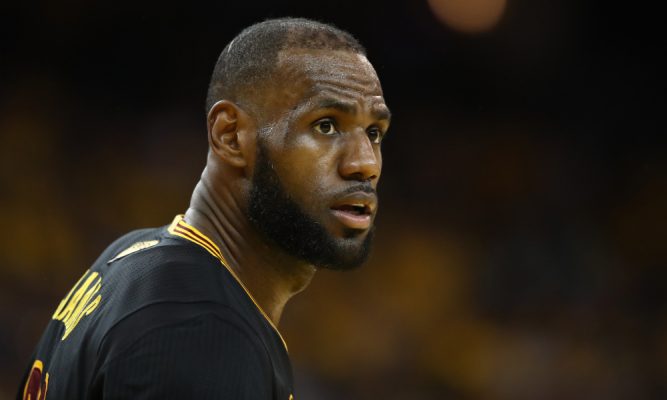 The tumultuous offseason that the Cleveland Cavaliers have gone through in just the first month has been dramatic, with the team’s focal point, forward LeBron James, taking note of the situation. Apparently, he’s not been happy with the decisions made by Cavaliers owner Dan Gilbert, an opinion that could end up haunting the franchise a year from now.

A question-and-answer column by Joe Vardon of Cleveland.com included one question that was dismissed in part by Vardon. The questioner asked if James had actually indicated to Gilbert when he signed his most recent contract last year that he would be leaving in 2018.

Vardon noted that James, especially given his chilly relationship with Gilbert, would never give any sort of heads up about his status. However, he did offer reasons why James might look to sign with another team next July:

“LeBron could leave. And it is more likely that he leaves next summer than it was in either of the previous two summers he was a free agent,” Vardon wrote. “Also, LeBron has not exactly been blown away by Gilbert’s performance so far this summer, from letting (David) Griffin walk, to failing to sign Jamal Crawford, to failing to land a star via trade.”

Still, Vardon did offer a very lucrative reason why James might end up staying beyond next season:

“LeBron can opt out of his current contract and get a $209 million deal from Cleveland — more than he can get anywhere else,” Vardon wrote. “For a man who cares about his legacy like LeBron, that kind of contract to end his career with his hometown team (which is what he said he would do) is something he won’t take lightly.”

Despite allowing Griffin to walk away without signing him to a new contract and having worked only minor transactions during this offseason, the Cavaliers are still strong contenders to reach the NBA Finals next June for the fourth consecutive season. That very likely could pit them once again against the Golden State Warriors.

Regardless of what takes place, it’s likely that a season of drama about James’ future beyond next season is what’s on tap for the Cavaliers and their fans.