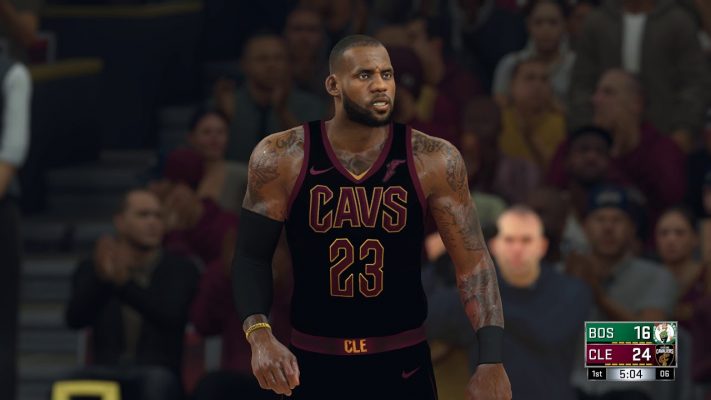 On Thursday morning, LeBron James posted a video to Instagram of him playing NBA 2K18.

James has been seen playing the popular video game often over the course of his career, but this time around he was more than happy to boast about the Cleveland Cavaliers‘ newly updated roster in the game.

James seems to be enjoying his brief break before heading to Los Angeles to participate in the 2018 NBA All-Star Game. It also appears that he’s already looking forward to once again taking the court with his teammates in Cleveland.

Considering the way the new-look Cavs have performed since they first played together last week, it’s hard to blame him. Since Hill, Jordan Clarkson, Larry Nance Jr., and Rodney Hood were acquired, the Cavs have soundly defeated two sure-fire playoff teams, and look to be well on their way to a deep playoff run.

The four-time MVP isn’t only enjoying virtual success. Since taking the court with his new teammates, James has been performing brilliantly, averaging 30.5 points, 9.0 assists, and 8.0 rebounds per game

Luckily for James, he won’t have to wait too long before suiting up in the Wine and Gold once again. After he puts on a show in this weekend’s All-Star game, James and the rest of his teammates will return to the court on Feb. 22 against the Washington Wizards.