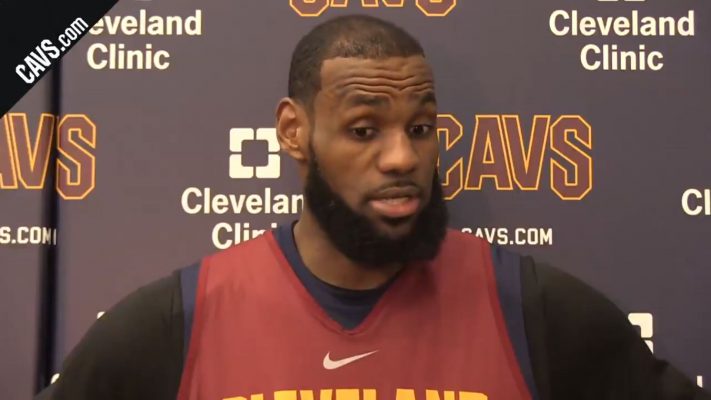 The current state of the Cleveland Cavaliers has them struggling to regain their footing after a stretch in which they’ve lost nine of their last 12 games. Following Monday’s team practice, LeBron James pointed toward one reason why those stumbles have taken place.

LeBron James calls out some teammates: "We have guys who have not played up to their potential lately, but I'm sure they'll come around."

That partial criticism doesn’t specifically target any player, though some obvious players it may have covered include point guard Isaiah Thomas and center Tristan Thompson. Both have struggled during stretches after coming back from extended injury layoffs, with Thomas only recently resuming play after having been out of action for seven months.

In addition, guard J.R. Smith is currently averaging 7.6 points per game, a drop of just over five points from his career number of 12.7. More recently, the notoriously streaky Smith has battled shooting issues that have seen him connect on just 13-of-48 (27 percent) from the field over his last six games. During that stretch, the Cavaliers have dropped five contests, with the lone victory coming in a game where they watched a 23-point lead disappear.

James himself has seen his numbers dip somewhat during that same six-game stretch, averaging 21.5 points per game. That’s down from his 26.8 average for the year, while his previously improved touch from long-range is also in the midst of a slump. In that category, James has made just 3-of-23 (13 percent) over the past two weeks.

The Cavaliers will have a steep challenge in trying to get back on winning track, with a Tuesday night contest at San Antonio next up. Tipoff for that game will be just after 8 p.m. ET.