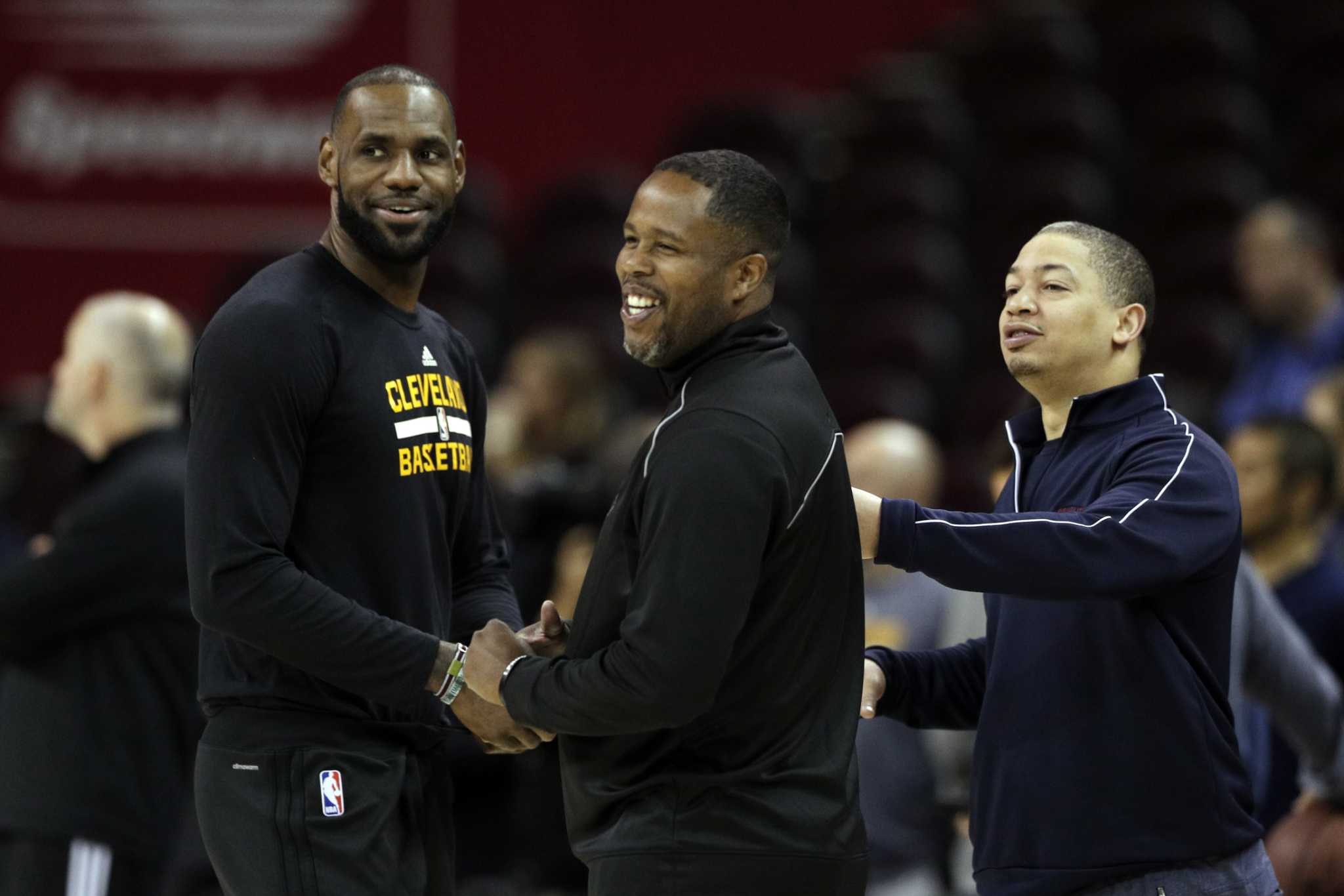 Damon Jones appeared on ESPN’s “Get Up” to discuss the current search for the next head coach of the Los Angeles Lakers.

Jones played with LeBron James, and after retiring, he coached James on the Cleveland Cavaliers from 2014 to 2018.

Jones joked about James being a “coach killer” because the former Cavs assistant coach was let go following James’ departure.

“When is your flight to LA?”

? Richard Jefferson To Damon Jones after the former Cavs assistant coach made his case for Ty Lue to be the next Lakers coach.

“That’s a part of the business,” Jones said. “When ‘Bron left the Cavs and went to L.A., I got fired. … I’m sitting here today saying, ‘Hey, King man, coach killer.’ I think this is a good move for Sacramento. They have a nice young nucleus. I think Luke [Walton] will fit well with those guys and I wish him the best.”

Jones keeps things light, but he’s not wrong. Labeling James a “coach killer” is too harsh, but the Lakers will be better off with someone he’s comfortable with. Furthermore, Walton is heading to a promising situation with a wealth of young talent.

As the conversation transitioned back to James and the Lakers, Richard Jefferson seemed to believe Jones was angling for a job with Los Angeles.

“When are you going back to L.A.,” Jefferson jokingly asked Jones. “When’s your flight to L.A.?”

Obviously, Jones would be a potential assistant coach should the Lakers hire Tyronn Lue. He coached alongside Lue when the Cavaliers won the NBA Finals in 2016.

“I said on Friday that Ty Lue was the best fit for the Lakers because of his resume to this point,” Jones admitted. “Whatever decision that Jeanie [Buss] and Rob Pelinka make, I hope it’s Ty Lue because I think he’s the best fit.”

Lue hasn’t been a head coach for long, but he does have an impressive resume. Of course, he was fired after only six games this past season, but prior to that, he led the Cavs to three straight Finals appearances, the first of which culminated in a championship.

The former Cleveland head coach makes perfect sense for Los Angeles. He played for the Lakers, has a proven track record as a head coach, and has an excellent relationship with James.