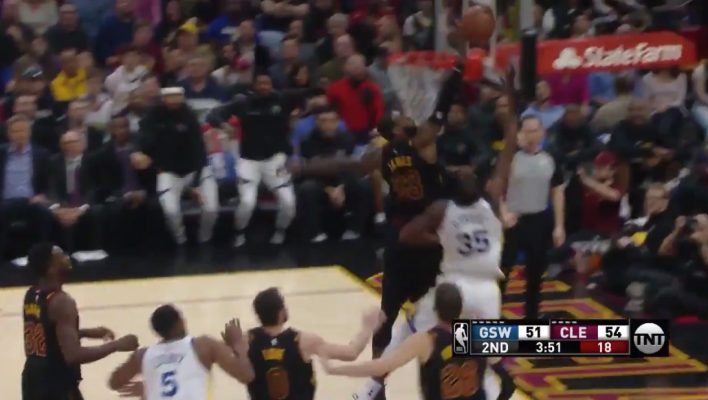 The Cleveland Cavaliers and Golden State Warriors are locked in a heavyweight battle at Quicken Loans Arena tonight and LeBron James has certainly come to play.

Late in the first half of Monday night’s game, Kevin Durant tried to get around James on his way to the basket, but at the very last second James completed the chase-down block to add yet another epic rejection to his highlight reel.

At the half, James already has 20 points, five rebounds, three assists, two steals, and of course one block. More importantly the Cavs are up, 64-57, at the midway point of the game and are looking to end their three-game losing streak with an exclamation point.

If James brings the same kind of performance in the second half that he had in the first, Cleveland has a very good chance to grab the much-needed win.