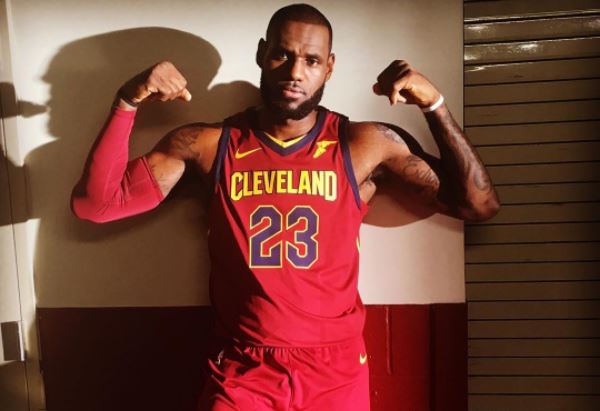 Amidst all the rumors and chaos that have engulfed this 2017 offseason for the Cleveland Cavaliers, hometown hero and superstar LeBron James remains focused on bringing yet another championship to Cleveland come next season.

That was evident from his Instagram post on Thursday, as he posted himself flexing in the Cavs’ brand new jersey for next season, which has both the Nike swoosh and Goodyear Wingfoot logo stitched onto it.

Welcome to the Terrordome!! Let's get this thing back going ASAP!! Savage Season 15 #striveforgreatness? #savagemode #IFeelSoGoodRightNowItsScary?

James has been rumored to be possibly heading elsewhere after the 2017-18 season, but for now, Cavs fans have no need to worry as the four-time MVP seems willing to roll with whatever roster the team’s front office presents him with this upcoming season.

The three-time champion will be heading into his 15th season at age 32 and will possibly be looking at another MVP campaign to add to his already storied legacy.