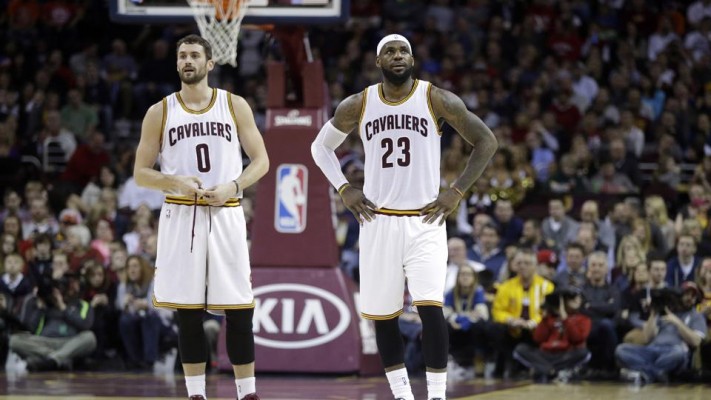 After the 2014-15 Cleveland Cavaliers‘ season officially came to a bitter end on Tuesday night following their 105-97 loss to the Golden State Warriors in Game 6 of the NBA Finals, the Cavs have a handful of pressing needs that must be addressed this offseason.

The Cavs’ ability to retain stars LeBron James and Kevin Love, who both have the ability to opt out of their contracts, will be at the top of their list of priorities this month.

According to Chris Haynes of the Cleveland Plain Dealer, Cavs General Manager David Griffin expects both James and Love to opt out of their contracts, with Love’s option deadline set for June 25th and James’ for June 29th.

David Griffin says he believes LeBron James and Kevin Love will opt out, but he expects them to be back with #Cavs.

The Cavs, who are fresh off an inspired playoff run that came up just a bit short, are highly optimistic for next season when the team is finally healthy as a collective unit.

“We’re incredibly excited about moving forward with this group. We intend to keep this group together,” said Griffin during his end-of-the-season press conference on Thursday afternoon. “This has the ability to be a special, special group.”