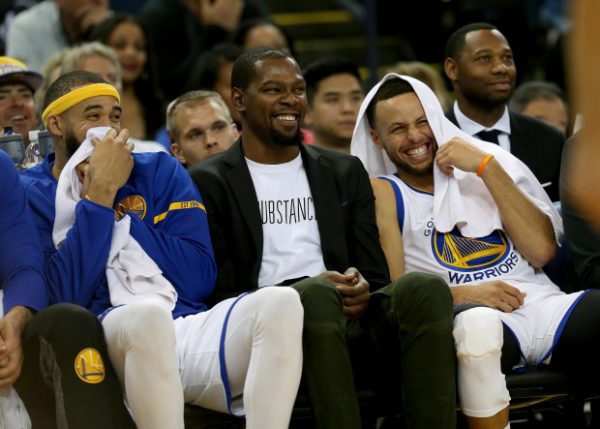 The rivalry between the Cleveland Cavaliers and Golden State Warriors has been primarily elevated by the record-setting three consecutive NBA Finals appearances between the two franchises. Within that competitive atmosphere has often been a social media undercurrent that makes sure to recognize stumbles on the other side.

After the Cavaliers suffered an embarrassing 127-99 loss to the Minnesota Timberwolves on Monday night, the Wolves’ Instagram account took time to recognize the rout. Among the nearly 35,000 accounts on the social media site at that time that made the effort to “Like” the post was from the Warriors.

The Timberwolves’ victory moved them into the fourth spot among teams in the Western Conference. That current status, aided by the Wolves’ seven wins in their last 10 contests, could potentially mean that the Warriors and Timberwolves could meet in a second-round playoff series in May.

The dig may be on the minds of the Cavaliers when they host the Warriors next Monday, in a rematch of their Christmas Day battle in Oakland.