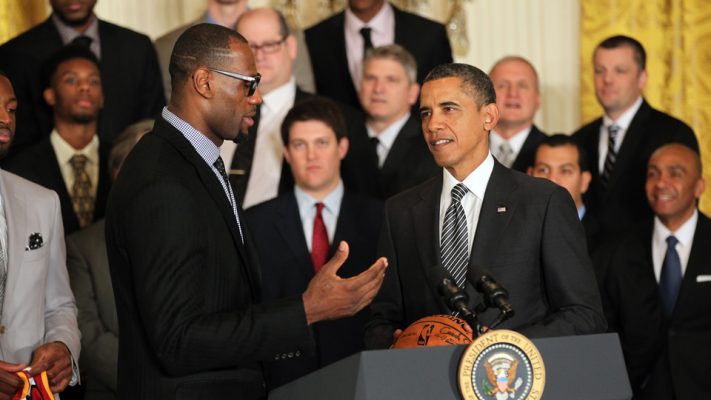 LeBron James may be the King, but to former President Barack Obama he will always be second best.

On Wednesday, BBC aired a one-of-a-kind broadcast in which Obama was interviewed by the U.K.’s Prince Harry Windsor. During the interview, Windsor asked the former president about how his life has changed since leaving the White House, and how Obama hopes to see the world change for the better in the future.

He also asked hard-hitting questions like who his favorite member of the Kardashian family was, whether he wears boxers or briefs, and who he thought was a better basketball player between James and Michael Jordan.

Prince Harry sits down with former President Obama in his first interview since leaving office and asks some tough questions: LeBron James or Michael Jordan? Kim or Khloe? https://t.co/Chtfx83Oxm pic.twitter.com/xJtCH80s8G

“Jordan,” the former POTUS said. “Although I love LeBron. I’m a Chicago guy.”

Obama spent many of his formative years in Chicago. He first moved there in 1991 to work at the University of Chicago before being elected to the Illinois Senate in 1996, and later becoming a representative for the state of Illinois in the United States Senate. On top of that, his presidential library, the Barack Obama Presidential Center, will also be located in the South Side of Chicago. Given all this, it’s no shock that Obama is a huge fan of Jordan.

Still, considering the fact that James was one of Obama’s early celebrity endorsers, donating $20,000 back in June 2008, and the fact that the two have met on several occasions, you would think that the former president would have perhaps changed his allegiances. It seems his loyalty to Chicago, however, runs very deep.