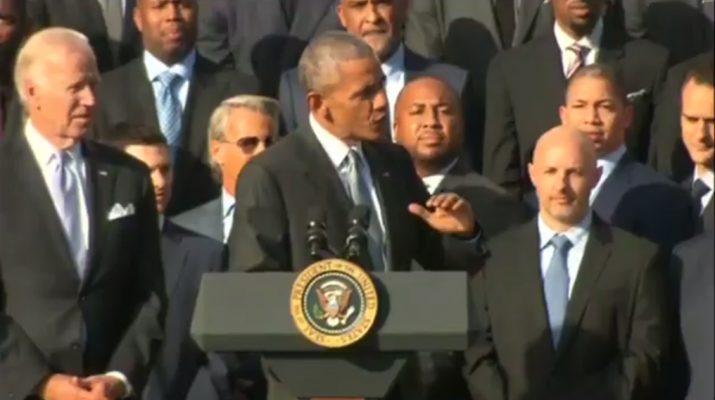 Obama, who is a vocal Chicago Bulls and Chicago sports fan, thanked the Cavs for taking down a team that had the best regular-season record ever in NBA history. That’s because there had been an ongoing debate that the 2015-16 Warriors were the greatest team of all-time, that is, until they blew a 3-1 lead in the NBA Finals.

With the Warriors unable to cap a historic regular season with a Larry O’Brien trophy, Obama’s certainly thankful that the 1995-96 Bulls can be cemented as the greatest team of all-time.

.@POTUS: "By knocking off the Warriors, they cemented the 1996 Bulls as the greatest team of all time. Your President thanks you for that." pic.twitter.com/mGGQ2hYSDk