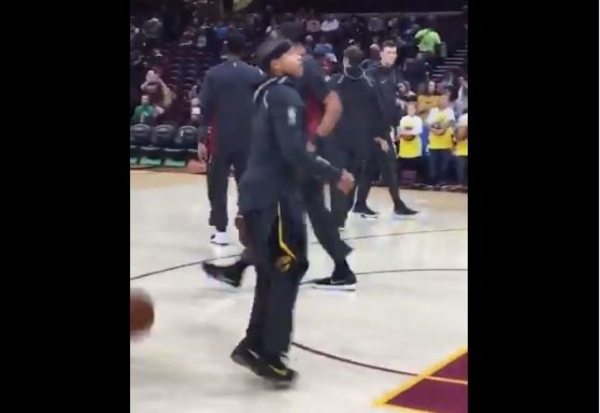 Cleveland Cavaliers point guard Isaiah Thomas is ever so close to returning from his debilitating hip injury, as the latest reports indicate that he will make his debut in one to two weeks.

Now, Cavs fans should be even more excited as the All-Star point guard was seen warming up with his team for the first time since joining the Cavs.

IT warming up with the Cavs before they take on the Bulls ? (via @CavsFredMcLeod) pic.twitter.com/LkF46VWOLW

With the endless reports and speculation about the progress of Thomas’ recovery, it’s reassuring to see Thomas actually out there with his team in full uniform.

The Cavs have already ruled out Thomas for their Christmas Day matchup against the Warriors, so that means we will likely see the dynamic point guard make his debut sometime in early January.